“Are you watching Merseyside?” sang the Stretford End. This was an example to Liverpool and everyone else about how to beat a lesser team with a weakened side. Manchester United have now met two Championship sides managed by men who used to work for them and beaten them both 4-0.

Overcoming Warren Joyce’s Wigan was slightly more difficult than beating Jaap Stam’s Reading but it underlined something about Jose Mourinho. One jaw-dropping afternoon against Bradford at Stamford Bridge aside, he is not a manager who loses to lower-division opposition. And he has not won domestic cup competitions in Portugal, England, Italy and Spain by fielding weakened teams, although three days after reaching the League Cup final, he decided to soften Manchester United.

A forward line of Mata, Rooney, Mkhitaryan and Martial – men with a combined transfer fee of £124m – could hardly be dubbed weak.

There was also room for Bastian Schweinsteiger, whose last start for Manchester United had come more than a year ago in a 1-0 home win over Sheffield United in the third round of the FA Cup, a game that was turgid even by the standards of Louis van Gaal’s sides. The great Dutchman would, however, want it pointed out that four months later Manchester United lifted the trophy. By then, Schweinsteiger was nowhere near the first team.

Playing in short sleeved shirt and gloves, Schweinsteiger’s early play was coated with rust. His passing was short and very simple or when he attempted something more adventurous, played aimlessly into space.

It took him until the 44th minute to produce a ball that suggested he might have once won the World Cup and when he did Manchester United were ahead.

The cross was high and hung in the air and Jakob Haugaard, Wigan’s Danish keeper, elected not to come for it and made the wrong choice. Marouane Fellaini’s header was hard, directed into the ground and finished in the net beneath the Stretford End. 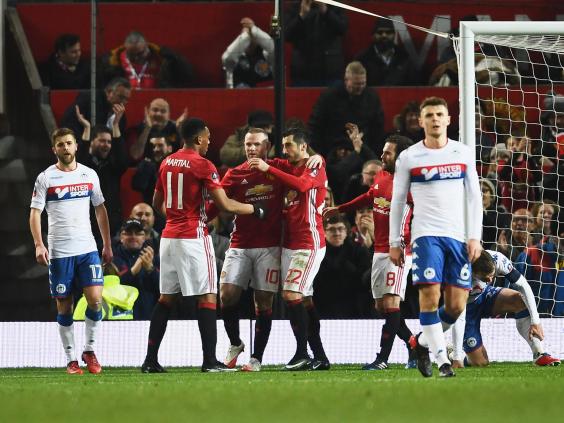 By the end Schweinsteiger was looking like the man Van Gaal signed from Bayern Munich and nine minutes from the final whistle, the match already won, he scored United’s fourth, turning lithely in the box with his back to goal to speed home Ander Herrera’s header. The ovation was thunderous.

Having managed Manchester United’s reserves for eight years and been responsible for the development of the likes of Paul Pogba, Jesse Lingard and Marcus Rashford, Wigan’s manager, Warren Joyce, arguably knew the club better than Mourinho.

Historically, the task facing Joyce and his team was daunting. Wigan had visited Old Trafford eight times in their history, lost every time and conceded 28 goals. The only time they had managed a goal was a stoppage time penalty from Leighton Baines, awarded when United were already three goals to the good. 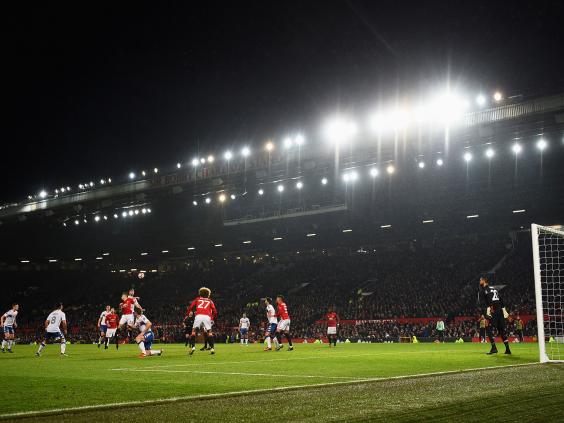 And yet Wigan began confidently. In his account of a football life lived in the lower leagues, called Journeyman, Ben Smith, who played for Crawley in an FA Cup tie at Manchester United in 2011, said the only way to cope was to imagine yourselves the equal of a Ryan Giggs.

Until Manchester United scored their second, a header from Chris Smalling from another cross – this time delivered by Anthony Martial – Wigan looked like they believed.

They had the first shots on target, one from Callum Connolly that was punched away with both fists by Sergio Romero, and another from Max Power, who possesses a glorious name for a footballer. For Wigan to have had a chance, one needed to have gone in. 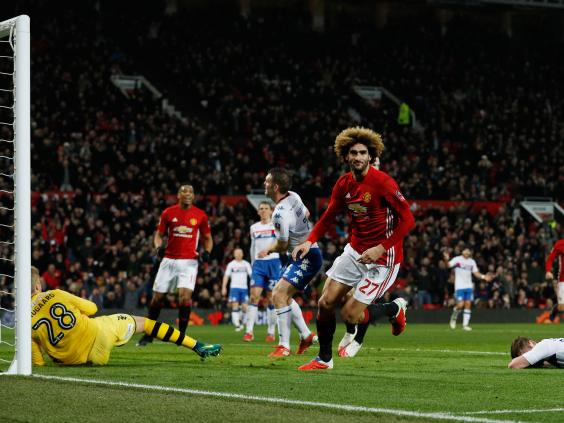 However, gradually, Manchester United’s class told, epitomised by two wonderful counter-attacks in either half. The first featured a lovely cross from Timothy Fosu-Mensah that Henrikh Mkhitaryan, perhaps slightly off balance, was unable to tap in at the far post.

For Manchester United’s third, Mkhitaryan did not miss, although the work was done by Martial, who running fast with the ball, laid it off perfectly for Mkhitaryan to slide home ahead of Stephen Warnock. By the end Mourinho was subbing his keeper, something usually only done in pre-season friendlies. It was that simple.