The sublime, the ridiculous, and the historic.

Barcelona somehow recovered from a 4-0 first-leg deficit to pull off a divine 6-1 victory over Paris Saint-Germain and go through to the quarter-finals. No side had ever come from four down in the first leg before; no-one can ever have witnessed a match like this before.

To top it off, the winning goal came in stoppage time, from homegrown Sergi Roberto.

It can’t be forgotten that it also saw one of the greatest collapses the game has ever seen, such was how PSG’s regular moments of chaos contrasted with some of the supreme quality on display, and there will be a lot of controversy about much Barcelona looked to influence the referee.

That will bring justifiable criticism but, on a night like this, it only added to the deep richness of the drama.

It was instead an utterly compelling and intensely involving challenge, layered by the wonder of whether the greatest ever team could do the impossible, and pull off what might be their greatest ever feat.

And it was fully charged after just three minutes, as Luis Suarez showed supreme athleticism to somehow head the ball over Kevin Trapp. If the finish displayed the Uruguayan’s usual opportunism, however, the entire passage of play showed case the unusual panic of the PSG defence. 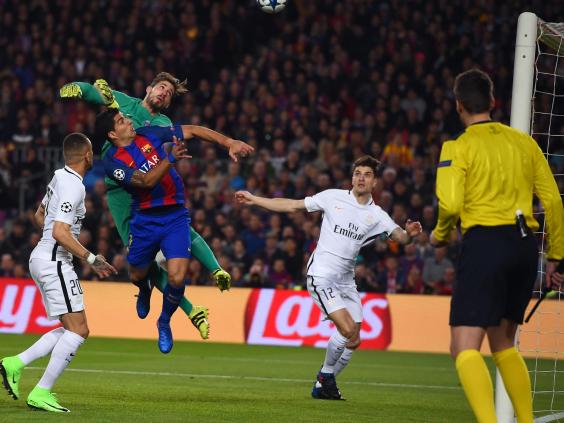 For them to suffer such chaos so early, and with the first proper attack of the game, did not bode well. Trapp had initially attempted to come for what should have been a comfortable catch, only to show the hesitation of someone just not confident in what they were doing, permitting Suarez to steal in.

A huge difference in application was already evident at that point. While Barca had that notable high intensity in everything they were doing, that deeper focus, PSG were so uncertain.

The story of Barcelona’s incredible comeback

So, as Neymar grabbed the ball and Barca looked to grab a big opportunity, it was no surprise that Unai Emery attempted to instil some certainty in his team by basically locking up. There were long spells in the first half when the French champions seemed to have nine players in a line across their box, with only Edinson Cavani further forward. 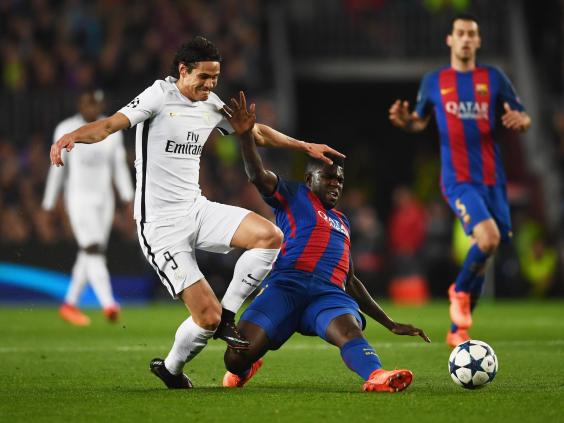 Cavani kept plugging away for the French side (Getty Images)

Barca were doing much more than that, and getting closer and closer, with momentum growing and growing. Leo Messi put one free-kick just over, with Neymar then powering a long-range strike just inches wide. It would have been a goal befitting the occasion, the event.

What happened just before half-time was not, though. While Andres Iniesta showed typically deft footwork to suddenly break, there was mere chaos from a defender as supposedly accomplished as Thiago Silva, and a move that somehow ended with Layvin Kurzawa hooking the ball into his own net. 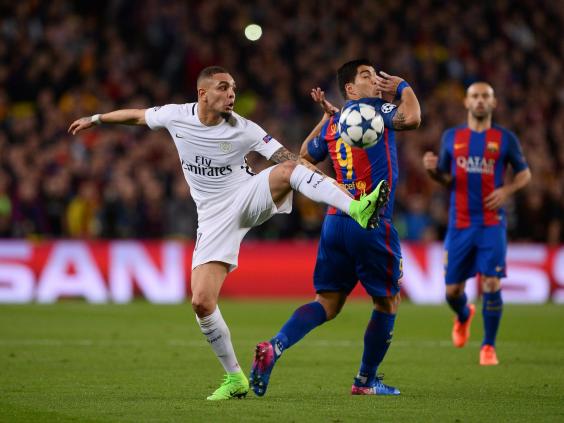 The impossible had suddenly become a much more manageable achievement, as PSG could barely manage to keep themselves together.

That was what the game was about now: how PSG were going to react mentally, whether they could cope with the mounting pressure.

And, having displayed such psychological frailty in the first half, it seemed so pointed and such an obvious mind game that Emery’s side came out late for the second half and kept Barca waiting. 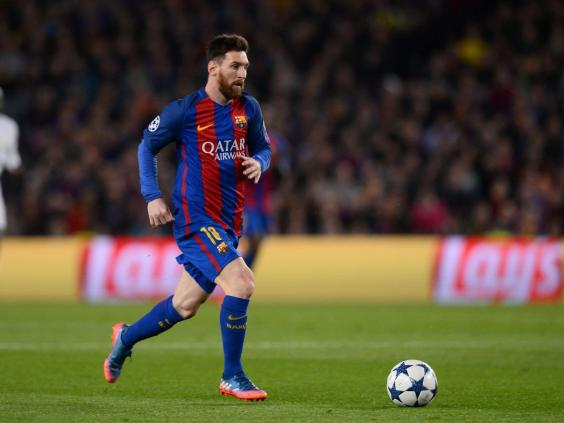 That, however, just meant that the home side came at them with even more force. Within five minutes of the restart, Barca had already been camped right up at the PSG goal, and Neymar eventually went down under a challenge from Thomas Meunier for a penalty.

Messi stepped up, and the Camp Nou rose up. The ball was hammered into the top corner, the finish devastating, the stadium now deafening.

The impossible now looked on. PSG were making nervous mistakes everywhere, and there always seemed to be a Barca player over. 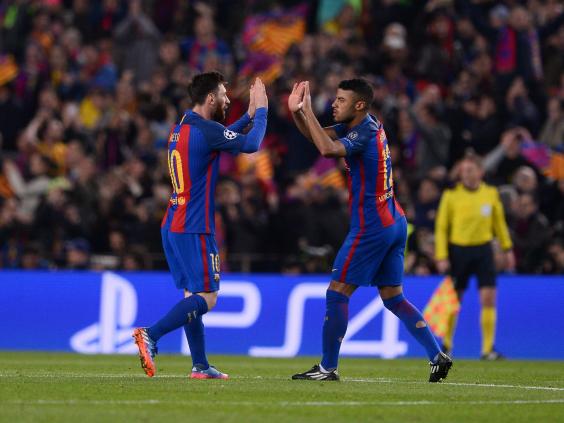 It was just then, however, that Luis Enrique’s side seemed to let it go to their head. They got a little lax and PSG served warning as Cavani hit the post and then the ball flashed across goal, before the Uruguayan scored the goal of the game. The true goal of the tie.

With Marc-Andre ter Stegen suddenly making the kind of mistake that Trapp had been guilty of earlier, Cavani was left to power the ball in supremely.

The mood and tone instantly changed. 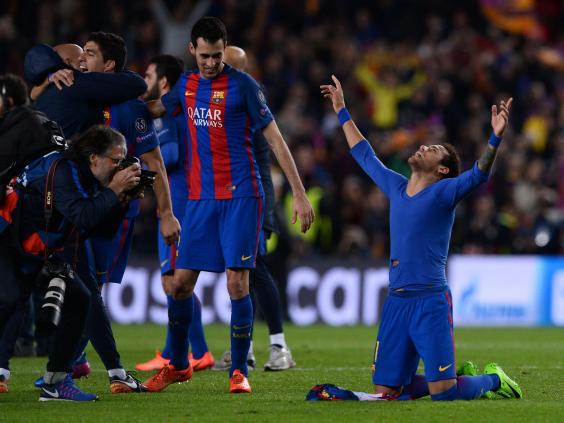 Neymar stepped up to the plate in emphatic fashion (Getty)

PSG were now making challenges rather than missing them, and even clearing shots off the line rather than sending them in, although Cavani still had a one-on-one save that could really have killed the game.

It still didn’t kill Barca. There was still, remarkably, more drama and a grandstand finish. On 88 minutes, Neymar curled in a perfect free-kick, before we had the perfect ingredients for the purest football drama.

In the last minute of normal time, Suarez this time went down, and Barca had another penalty. It was Neymar who stepped forward this time, and put Barca right back in it.

They had three minutes to pull off what had seemed impossible. 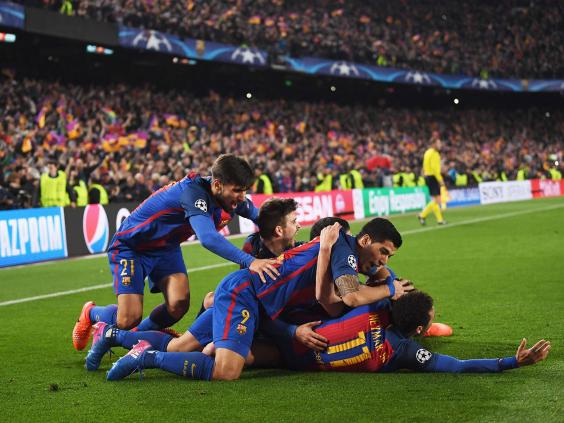 They did it. With just moments left, Sergi Roberto diverted the ball past Trapp.