Back from the brink: new breath for tourism in Istanbul

he whole time I was in Istanbul I was convinced I could hear a dull groaning sound. At last I realised what it was: the collective grumbling every time someone described the city as “where East meets West”, or “where Asia meets Europe” or some other formulation of the same tired old cliché. 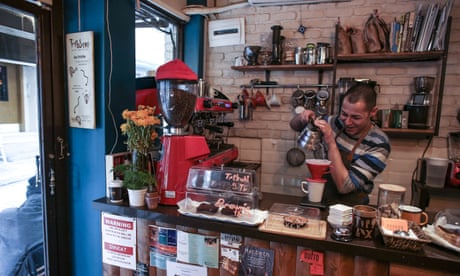 I was there for the wedding of an old school friend, a woman who has always been driven bananas by this description of the city where she grew up. Were it not for the positioning of the Bosphorus, cleaving a city of 18 million in two, nobody would see Istanbul in these terms. Nobody fetes London as the battlefront of Europe and America, or organises bus trips around Berwick-upon-Tweed to mark the sacred ground of perfect equilibrium between Scotland and England. Istanbul’s history is irreducible, but if we are going for trite summaries, we might say that, like London and New York, it is trying to maintain a cosmopolitan and liberal outlook against the wishes of the nation’s disgruntled conservative rump. Old vs new.

“Amazing,” I murmured to our taxi driver as we approached from the airport at sunset, minarets silhouetted against a peach sky. “Yes,” he replied. “It’s where Europe meets Asia…”

In some ways it is an odd time to go, and it’s difficult to separate a visit from the political climate. The currency has taken a well documented battering over past months, against a backdrop of political uncertainty. At the start of the year £1 bought you five Turkish lira, now it’s close to seven.

There was a moment, before around 2010, when Istanbul felt especially hip, at least to those of us whose main engagement was leafing through the weekend supplements at a remove of a thousand miles. Pre-Erdoğan, pre-crash, pre-bombs. Hotels and bars and museums clamoured to open. It was announced that a Soho House would land, taking in a 19th-century palace, adding Istanbul to a list including London, New York, Barcelona, Berlin and Miami. Even in 2015, when the hotel and private members’ club finally opened, it was still possible to hope that the populist, conservative moment might be just that – a fad.

Then in July 2016 came the failed coup, which served to consolidate the president’s grip on the country. The news in the two years since then has been a grim litany: suppressed opposition, murdered journalists, a slide further towards Islamism. Soho House was forced to cover its swimming pool, apparently lacking the requisite permissions. Tourism crashed, especially from westerners, and with it the prices of the hotels.

It used to be that you could simply pitch up in Beyoğlu, across the bridge from the tourist centre, confident in being near everything worth seeing. Changing tourist demographics and terrorism fears have sent the young Turks to new areas. 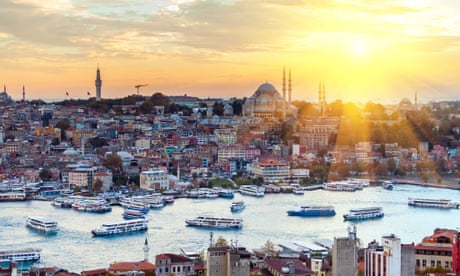 Galata is the only part of Beyoğlu with its former buzz. Once-sleepy Beşiktaş finds itself poised between two of the most popular new areas: Kadıköy-Moda, a short ferry ride away on the Asian side, is awash in craft beer, luxury doners and bars such as Karga. Just to the north is Nişantaşi, a mostly residential area where the young moneyed Turks are flocking. The mirrored hallway of the W hotel, which is right in the middle of Beşiktaş, filled me with horror at first. The rooms, however, with private cabana beds in a garden out back, were amazingly peaceful.

One advantage of Istanbul for the lazy sightseer has always been that its simply-musts are jammed together and can be knocked off in a single busy morning: Blue Mosque, Hagia Sophia, Roman cisterns, Grand Bazaar, kebab. The market I was particularly impressed by, since as a retail experience it now compares favourably with Westfield. Far from haggling, the man who sold me a towelling gown patiently explained that his prices were fixed, and that even this robe, the biggest in his shop, would not be sufficient to cover me. I thanked him, bought it anyway, and when I got back to the room discovered that he was completely right. For fakes the Grand Bazaar is almost as good as the internet. For a moment I yearned for some imitation Balenciaga shoes (the ones that look like socks) but was talked down. At the Çemberlitaş hamam, a hirsute and burly chap beat the nonsense out of me.

Many of the reasons Nick Jones & Co decided to plant their perfumed flag in the city remain intact. When not at the W we stayed at the Adahan, a converted palace in Beyoğlu, just down the road from Soho House, with cool high-ceilinged rooms and a bar at street level. It’s owned by architects, the kinds of people who take the husks from the oranges they squeeze for breakfast and turn them into marmalade which they serve on the roof terrace. At night it was so busy downstairs that the crowd spilled into the road. A reassuring number of young Turks still smoke.

Also reassuring was the energy in the warm, packed bars. Everyone, including the tourists, seemed to be trying to get pissed and/or get off with each other. Compared to the reverential morgue-like vibe of so many cities in Italy or Spain, it was refreshing to be surrounded by tables of geezers on the verge of a brawl. I spoke with Mehmet, who said he’d lived in Bournemouth. He talked while propped against his moped at an alarming angle. “Turkey needs to reboot,” he said, huffing on a Marlboro. “Just like the UK.”

Fly from Stansted to Istanbul with Pegasus Airlines; daily scheduled flights from £51 one way, including taxes. Rooms at the Adahan from £90and at the W Istanbul from £120

Amendment: the caption to the opening photograph was changed on 3 December 2018 to reflect the fact that the river is the Golden Horn