The West Coast Main Line is to remain closed until the beginning of March amid further delays to repair a crucial viaduct in South Lanarkshire.

The route was closed north of Carlisle earlier this month after Storm Frank at the end of December caused damage to the Lamington Viaduct.

Engineers initially thought the repairs would be completed by 1 February.

They have now said the extent of the damage means the crossing will not re-open until the first week in March.

Phil Verster, managing director of the ScotRail Alliance said: “The damage caused by Storm Frank to the Lamington Viaduct has been very serious.

“Our engineers have been in a race against time to get the structure stabilised and prevent it from collapsing into the Clyde.

“Only now that we have won that race can we really see the full extent of the damage.” 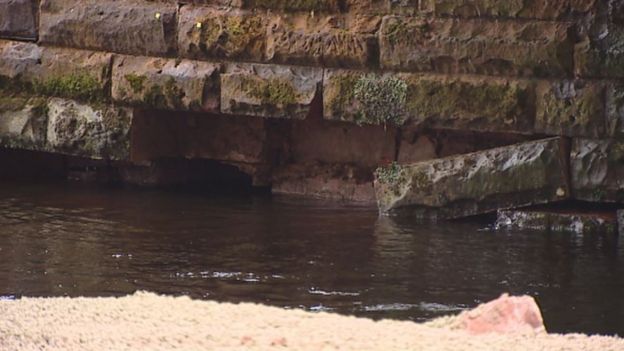 Over the coming weeks, engineers will install additional concrete supports on either side of the viaduct’s second pier to strengthen the structure.

They will then install additional 8m-long rock anchors through the pier’s foundations to support the structure from a much wider and lower base.

Structural repairs to the third pier will also be completed and the course of the river widened to reduce future water pressure on the structure before the steel bearings are replaced, the viaduct bridge-deck realigned and the track re-laid.

Mr Verster said engineers had been using “hundreds of tons of rock to divert and reduce the flow rates at the piers” of the viaduct “and an extraordinary amount of concrete just to stabilise the second pier”.

He added: “Unfortunately the scale of the damage and the complex nature of the engineering challenges means that the repair is going to take longer than we initially thought.

“All of the train companies who operate services on the West Coast Main Line are working together to make sure that we keep goods and people moving.

“The temporary timetables and arrangements that have been in place for the past couple of weeks are going to have to continue.”

The alternative bus and train routes in place to Carlisle have added at least one hour to journey times to England.

Mr Verster said it was “so important” for anyone travelling south to check their route details with the companies providing transport.

Phil Bearpark, Virgin Trains’ executive director for operations and projects, said: “We have worked really hard with our industry partners in ScotRail and Network Rail to put a train diversionary service in place via Dumfries.

“This means that journeys take around an hour longer than normal but customers travelling between Glasgow and Carlisle are able to take a replacement train rather than a bus.”

Liz Collins, interim managing director at First TransPennine Express, said: “We are continuing to provide services to and from Scotland, despite the ongoing repairs to the Lamington Viaduct.

“We understand this will add more journey time and we know it’s a frustrating situation, however, we are providing the best service we can in these difficult circumstances and we will continue to get our customers to their destination.”