Raphael Schumacher, the Italian actor who was accidentally hanged during a live theatre performance, has been declared clinically dead.

Schumacher, 27, was re-enacting a hanging scene during an interactive performance in Pisa, when a spectator realised the stunt had gone wrong.

The actor, who had been in a coma since Saturday night, has subsequently been declared brain dead by doctors.

An investigation has been launched into the theatre’s safety procedures.

Schumacher’s condition has been deteriorating since he was taken to a local hospital on Sunday. He did not respond to treatment and doctors suggested he had suffered severe and probably irreversible brain damage.

Following a six-hour procedure to establish brain death on Thursday, the hospital issued a statement: “The family and the prosecutor’s office have both authorised that his organs be donated, but their removal will be subject to a medical assessment to be performed in the course of the night.” 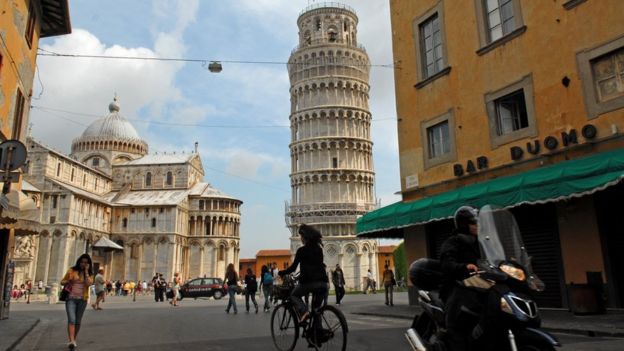 The theatre where the incident took place is in Pisa, Italy

Schumacher was appearing in a production of Mirages at the Teatro Lux.

At the time of the incident, he was reciting a monologue from Frank Wedekind’s Spring Awakening alone in a courtyard in front of just one spectator. The performance ended with Schumacher placing his head in a noose.

The actor was discovered unconscious and seriously oxygen-deprived by a second spectator, reportedly a medical student, who rushed to his aid.

The actor reportedly changed the ending of the scene, which was meant to involve a gun rather than see him hanging.

The prosecutor’s office is looking into the circumstances of the incident. Both his mother and close friends have ruled out suggestions Schumacher took his own life.

It is understood the focus of the investigation will shift from grievous bodily harm to culpable homicide (manslaughter). The main assumption remains it was a tragic accident on stage.

“We are shocked,” Gabriele De Luca, the art director at the theatre, told the Daily Mail. “No one, not even us, understands how this happened and it will be up to the police to shed light on it.”