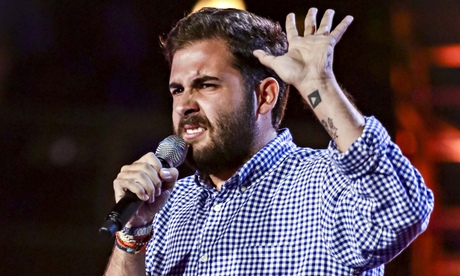 So far this year, BBC1’s Strictly has been way ahead of the ITV singing contest when they have been screened on the same night.

But The X Factor fought back last night as the final 12 who go through to the live stages were revealed as the “judges houses” section of the show drew to a close.

Strictly was ahead by the narrowest of margins with 8.84 million viewers, while ITV’s programme drew 8.81 million.

The X Factor was up 400,000 on the 8.4 million who tuned in for the equivalent episode last year and Strictly was also for its first results show by 600,000 on 2013, when it was actually slightly behind in the ratings battle.

On Saturday night Strictly had a commanding lead with an average audience of 8.8 million, to The X Factor’s 7.2 million.

During this weekend’s XThe Factor programmes viewers saw sister duo Blonde Electric mysteriously change their name to Blonde Electra as they made it through to the final 12.

Along with quartet Only The Young and a yet-to-be-named eight-piece boy band they will be mentored by Louis Walsh.

Cheryl Fernandez-Versini chose to take through Lauren Platt, Chloe Jasmine and Stephanie Nala – who previously appeared with The Luminites in Britain’s Got Talent – for her girls category.

Andrea Faustini, Paul Akister and Jake Quickenden represent the boys category, after being chosen by Melanie Brown, while Simon Cowell is in charge of Ben Haenow, Fleur East and Jay James in the “overs” category.

Bookmaker William Hill has installed Italian Faustini as favourite to triumph in the contest at 2/1, with the unnamed boy band next at 5/1.

Hill’s spokesman Rupert Adams said: “Andrea is the standout act so far and will be very hard to beat.”