It’s like a modern-day fairy tale. Four children in contemporary London are visited by the mythical god Hermes, who warns them that Greece’s gold reserves are under threat; if the bullion is seized, he continues, the gods will lose their immortality. Inspired to aid the Olympians, the quartet journeys to Greece on a thrilling quest, saving that treasure by picking up clues while battling ancient threats – they sing the Minotaur to sleep and outsmart the cannibalistic Cyclops.

Consider another story, where children learn that magic is vanishing in the modern world; their imaginations, it seems, are being stunted by a surfeit of screens. To revive magic in the world, this family must journey to Scandinavia, where they stumble on a mermaid sunning herself on a rock; startled, she dives into the water, leaving an urn full of clues. These help the humans journey to a village where magic is made, and again the children save the day. These two stories aren’t fairy tales, though, or even first drafts of a lost book by J K Rowling – they’re holidays, legends brought to life by a staff of actors and specialist travel agency Based on a True Story. It caters to a subset of the ultra-wealthy with a yen for adventure and the dollars to bankroll it – call them thrillionaires.

Yorkshireman Niel Fox founded the firm – known as BOATS, though YACHTS might be more apt – a decade ago. After an adult life largely spent “global gallivanting”, hitch-hiking round the world and scaling mountains, Fox set out on his most ambitious trek ever in 2000. He intended to travel from northern England to Antarctica using nothing but natural power – bikes, kayaks, walking – and wild-camping every night. As he trekked through South America, Fox met some wealthy fellow travellers, who tapped his exhaustive first-hand expertise to help plan a trip. That stint as an ad hoc travel agent-cum-tour guide was kismet; recognising that others might hire him to do much the same thing, he began plotting his wish-granting firm.

Ten years later, with little promotion other than word of mouth, BOATS handles up to 20 fantasy trips each year, from Greek odysseys to Scandinavian jaunts. Fox says most are built around budgets of a £1m or more and can take six months of planning. “It’s for people who are seeking extraordinary experiences and are prepared to invest in them,” he shrugs. It’s also ill-suited to control-freaks: he discourages clients from asking for an itinerary, to preserve as much surprise and wonder as possible. Even happenstance is pre-planned, he adds. “Engines might break on a boat ‘miraculously’ because I want them to feel that sunset – we’re creating catalysts to make sure things are really enjoyed.” The firm even develops a custom logo for every project that is emblazoned on all materials, including the hefty, leather-bound coffee-table book that Fox produces at trip’s end. This documents the family’s fairy tale, largely relying on pictures taken by the staff photographer sent to tag discreetly along. Each family then has its own book, Based on a True Story.

Fox stresses that the dream-like scenarios that he conjures are both anchored in local customs and reality. One project, in Burma, brought the family to a Buddhist monastery where they not only ate with the monks but took part in the ritual induction of young monks-to-be. The quest for Greek gold, of course, was a teachable moment to help understand the Euro crisis, while most parents would relish the chance to immerse their offspring in a digital detox in Scandinavia. 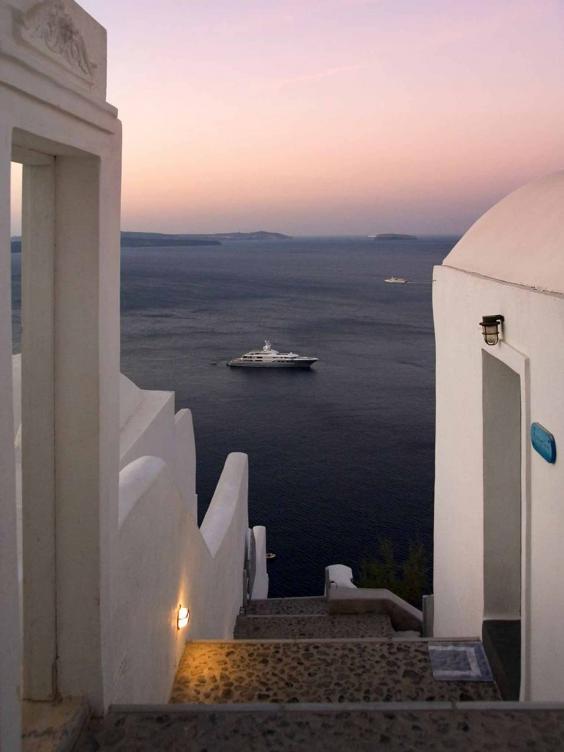 Luxury trips might include a quest to aid ancient Olympiansin Greece

Though many of his clients are families (he’s understandably discreet, but claims they include oligarchs, American billionaires and Middle Eastern royalty) he also “ringmasters” adults-only trips, VIP honeymoons. One such stand-out took a couple to Indonesia; the pair was helicoptered into a village on the island of Flores. “It was Stone Age – there was no road access,” Fox explains. During the visit, they helped two families to reclaim their houses. Local custom required each family to sacrifice a buffalo before moving into a house that they had inherited from a deceased relative; these two families had been too poor to afford the cattle, instead living in lean-tos pegged to those homes. So, the honeymooners paid for the buffalo.

BOATS isn’t the only firm offering such real-life magic carpet rides, either. The 18-month-old London-based Dreamsmith is an offshoot of luxury travel firm Cazenove & Lloyd; Christopher Wilmot-Sitwell is its co-owner and director. “Vignette is a good word for what we do – some of the things are quite theatrical, but without being too naff,” he laughs. Dreamsmith’s speciality is landmark birthday trips, such as a recent 100-person party in Rajasthan: for this, the firm chartered a Boeing 757 from London. At the airport, check-in was strewn with marigolds while the in-flight movie roster skewed towards Bollywood. After arriving on the week-long trip, the group spent its days sightseeing, while each evening a different palace or island was the venue for a fantasy party – on Jagmandir Island, for example, a onetime associate of Cirque du Soleil staged a show of acrobats and magicians.

On another trip, this time to Rio, a 40-strong group enjoyed dinner in Santa Teresa during Carnival season, only to find out afterwards that they were being invited to dance with one of the victorious blocos or crews in the winners’ parade at the SambaDrome. Much like Fox, Wilmot-Sitwell stresses that such fantasy trips are rooted in local customs and traditions. “We don’t impose Elton John on a white piano in the middle of a lake on a stage – everything we do is in, and of, the place.”

It’s this focus that differentiates firms like Dreamsmith or BOATS from the flashy bashes thrown by the likes of Philip Green (Green opted for Stevie Wonder rather than Elton to serenade him during his 60th birthday party). Fox believes these trips are emerging as time pressures grow more intense on high-flying executives – with time for holidays harder to carve out than ever, Fox explains, this is “like an insurance policy that you’ll have an awful lot of fun”. Wilmot-Sitwell believes the discretion that has become de rigeur among the ultra-wealthy also favours splurging on travel. “You’re not buying a pink Lamborghini, or wearing a huge diamond necklace,” he says. There’s social media value, too, to such extravaganzas. “What we do is quite visual – people will be Instagramming all over the place.”

These quests are an analog retort to a video game, bringing joy without joysticks. These narrative holidays also show the influence of immersive theatre, the newly popular form that draws spectators to participate in the play, such as New York’s Sleep No More, a riff on Macbeth; or site-specific stagings of Tennessee Williams’ Hotel Plays in rooms at London’s Langham Hotel in 2014. These trips, though, are real-life plays masquerading as fairytales.