An investigation has been launched into the construction of a Taiwanese apartment complex toppled by Saturday’s earthquake.

Most of the 32 confirmed to have died after the quake were in the Weiguan Jinlong building in Tainan City.

Dozens of people thought to still be trapped in the ruins.

Two of them, a male and a female at different sides of the building, were reported to be talking to rescue workers.

Huang Kuang-wei, 20, was rescued early on Sunday, but a six-month-old baby girl pulled alive from the rubble a few hours later died in hospital.

“We’ve also commissioned three independent bodies to preserve evidence during the rescue so we can assist the residents if they want to file lawsuits in the future. We will hold the builder responsible if they have broken the law.”

Census records suggest about 260 people were living there but it is now thought that more than 300 were inside at the time of the collapse, as some students renting rooms would not have been registered and people may have had guests staying to celebrate the Lunar New Year holiday beginning on Monday. 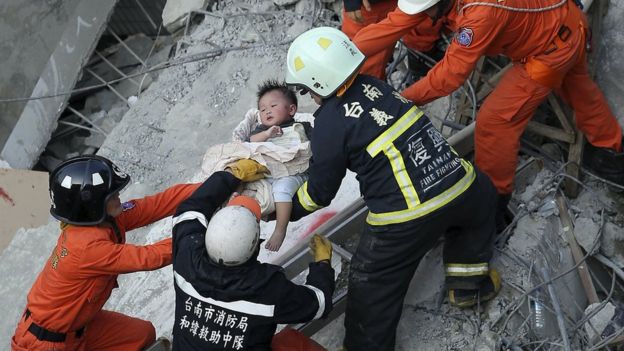 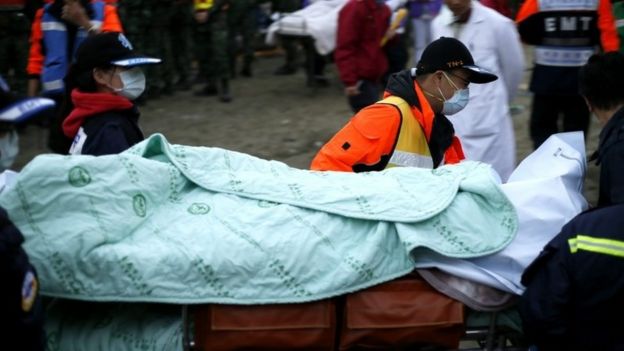 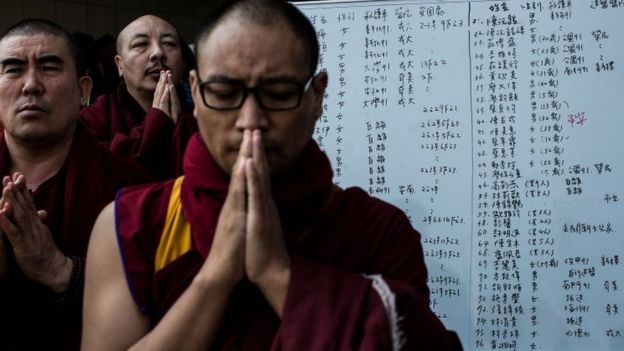 Hundreds of soldiers are involved in the rescue effort, with the help of hi-tech equipment, sniffer dogs and cranes. Shelters are being set up for those who have lost their homes in the city of two million people.

About 200 people have now been rescued. Nearly 500 people were injured as a result of the earthquake, and dozens remain in hospital.

One woman at the site said her son had been found dead but she was hoping her daughter-in-law and two grandchildren would be rescued alive.

“I won’t give up hope, I will wait here until I see them come out safe,” she said.

Su Yi-ming, 48, who lived on the sixth floor of the complex, told AFP news agency that he was rescued after tapping on a wardrobe that was trapping him.

“I knocked on the closet to get the attention of rescuers who broke the window to get me,” he said. 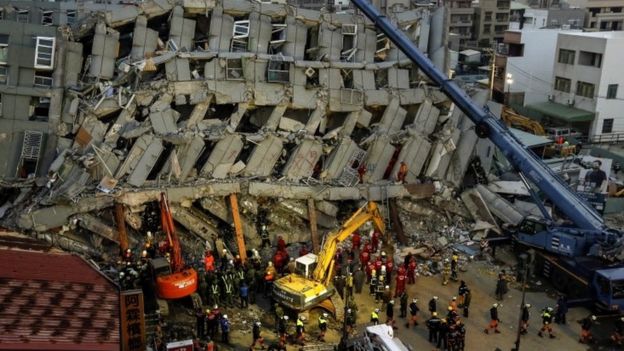 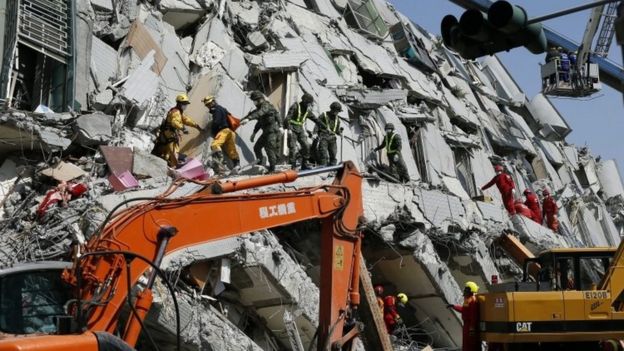 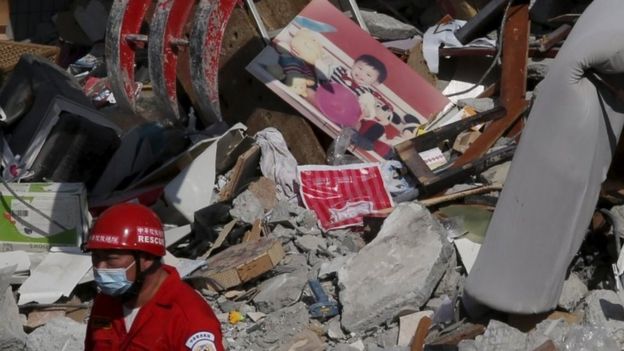 The quake was shallow, meaning its effects would have been amplified, the US Geological Survey said.

There were also at least five aftershocks. The quake was felt in the capital Taipei, 300km away.

Taiwan lies near the junction of two tectonic plates and often sees tremors.