The Shoreham Airshow will not go ahead in 2016 after a crash during last year’s event which left 11 people dead.

The decision was taken primarily out of respect for those killed when a Hawker Hunter crashed on the A27 in August, organisers said.

The Civil Aviation Authority may also review its airshow regulations after the conclusion of its investigation into the crash.

“We understand that this decision may be disappointing for many,” a spokesman for Shoreham Airshow Ltd added.

“When and if it is appropriate to do so, we will explore the possibility of a 2017 airshow. In the meantime, we continue to be fully committed to assisting the Air Accidents Investigation Branch with its ongoing investigation.” 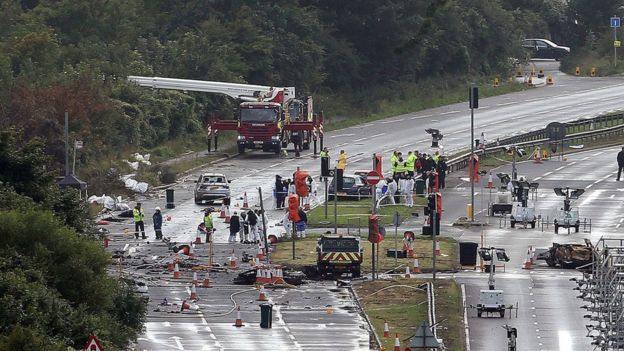 Mark Sanderson, secretary and vice-chairman of Worthing United FC, which lost two of its players in the crash, said the tragedy had affected everyone “very, very deeply”.

He added: “I don’t think there’s an appetite for the airshow – certainly not this year and I’m not sure ever again.

“Matt (Grimstone) and Jacob (Schilt) were very close to us, and to me personally, and it affects me every time I use that road… the reminder is always going to be there.”

Tim Loughton, the Conservative MP for East Worthing and Shoreham, agreed that it was the right decision and the feelings of the families of the victims were “absolutely paramount”.

He said: “The final report from the tragic accident has yet to be published.

“We need to get to the bottom of exactly what caused it and, in the circumstances, trying to organise another airshow some months away was completely impractical.” 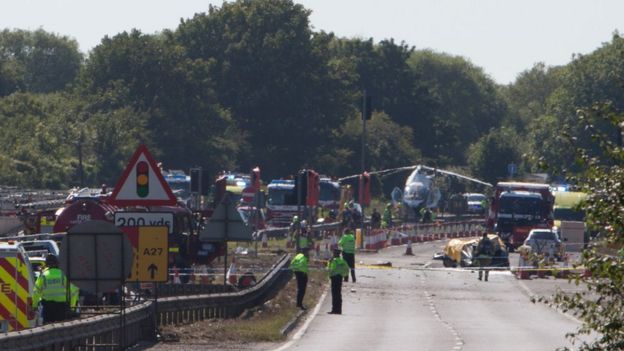 There was a mixed reaction to the news of the cancellation in Shoreham itself.

Roy Clark told the BBC he felt the airshow should “definitely go ahead”.

“Accidents happen – it was a tragedy, but that shouldn’t actually stop something which has got such a long tradition,” he said.

Judith Brean disagreed: “This area is so built up I feel it’s a danger anyway, and it would be very disrespectful to those who died to hold that again.”

It also said the seats were a “significant hazard” that delayed rescue teams until they were made safe.

The plane’s pilot, Andy Hill, was first interviewed by police in December. 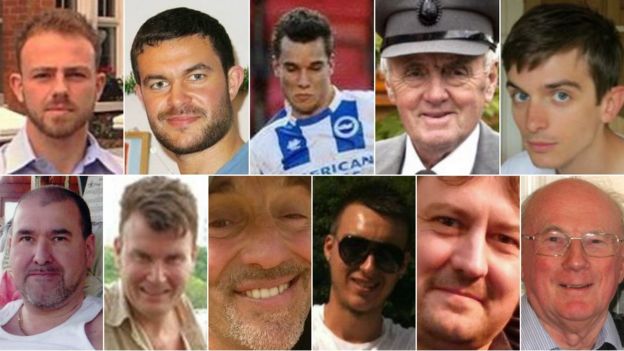 In this article:Shoreham Airshow crash