If women are seeking abortions because of fears they have damaged their foetus, it shows how ingrained the message is that we’re unfit to control our pregnant bodies 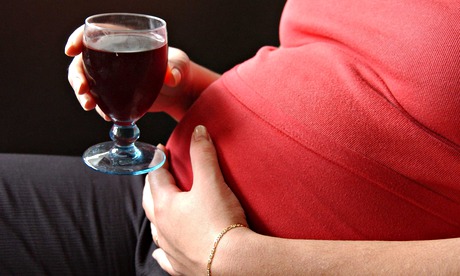 ‘Where once stout was recommended as an iron-boosting tonic for the pregnant woman, an air of the confessional descends when you tell people you’ve continued to drink despite being up the duff.’ Photograph: Sipa Press’/Rex Features.

The day before I discovered I was pregnant with my son, I’d shared nearly two bottles of red wine with a good friend. It was more than three glasses or six units; I’d thus been binge drinking.

As the faint blue line of the white stick deepened in intensity, my mind raced back. Visions of midweek drinks followed by longer weekend sessions filtered through, and I was mortified. Weeks had gone by where I was ignorant of my pregnancy. Had I caused the foetus irrevocable harm? Luckily for me, I had friends who’d been in exactly my position. My worries were assuaged. I was told it would be fine; rather than fretting, I should enjoy this new reality.

Such guilt and anxiety is increasingly causing some women to abandon pregnancy altogether, in an unintended consequence of the amplified policing of pregnant women’s bodies. Britain’s largest provider of abortion services, the British Pregnancy Advisory Service (BPAS), warns that binge-drinking scare stories, hyped up by the media, are causing heightened levels of fear. The organisation reports that it is “regularly seeing women so concerned they have harmed their baby before they knew they were pregnant, they consider ending what would otherwise be a wanted pregnancy”.

If you’re looking for scientific consensus on the adverse effects of alcohol and pregnancy, don’t bother. Uncertainty around what constitutes safe levels of consumption has given way to what is, in all but name, prohibition. Both the National Institute of Health and Care Excellence (Nice) and the Royal College of Obstetricians and Gynaecologists (RCOG) recommend no alcohol for the first 12 weeks, and avoidance throughout the rest of your pregnancy.

Yet a large-scale study of women conducted by Danish researchers in 2012 found that binge drinking had “had no significant effect on neuro-development of children aged five years”. To further muddy the waters, incidences of foetal alcohol syndrome (FAS) seem particularly rare. What is more, the UK is lacking reliable statistics on the disorder. For concrete figures we must look to the US, where experts say there are 0.2-1.5 cases per 1,000 births. As Ann Furedi, the chief executive of BPAS says, women should be “reassured that the odd night of heavy drinking before they found out they were pregnant is extremely unlikely to have caused their baby harm”. That message isn’t getting through.

What is clear is that public health officials haven’t enabled women to properly assess the dangers posed by alcohol during pregnancy. In this absence, misunderstanding and fear have taken root. Too risk-averse themselves, official bodies have chosen to advise women with the language of responsibility, self-regulation and abstinence.

Where once, stout was recommended as an iron-boosting tonic for the pregnant woman, an air of the confessional descends when you tell people you’ve continued to drink despite being up the duff. Recently, at a book launch, a young feminist repeatedly asked me if I was “allowed” something alcoholic – as though as a grown woman I couldn’t make that decision for herself. In the end, I left the beer well alone and opted for the juice. The possibility of quiet judgment had made me change my mind.

Pregnant women are constantly being told to regulate themselves. It is as though our very bodies pose the greatest risk, not protection, to our unborn babies. That women are choosing abortions in order to save their foetuses from the possibility of disorders such as FAS proves how ingrained this discourse has become. If not a corollary of the foetal rights movement, it does, paradoxically, share the same frame – a woman is of secondary importance to her foetus.

The loss of an imaginary ideal can sometimes be too much to take. Minimising such risk has driven many women to seek out abortions for pregnancies that are otherwise wanted. They are taking control of their bodies in order to fulfil conventional ideas about who mothers are and what children should be.