Pope Francis has greeted several thousand migrants in St Peter’s Square at the Vatican as the Catholic Church marked a day dedicated to refugees.

The Pontiff said they carried within themselves “a history, a culture, precious values” and urged them not to give up hope.

The migrants – including many asylum seekers – waved their nations’ flags during the address.

Europe is struggling to cope with an influx of migrants. 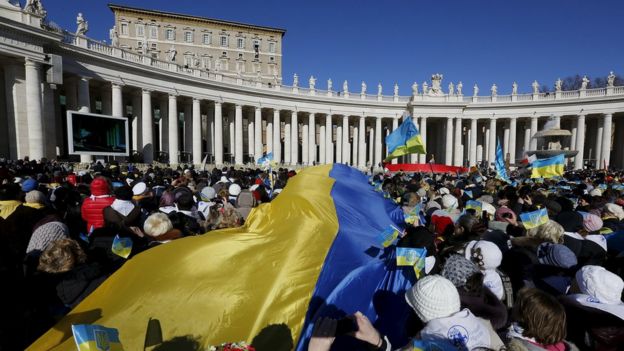 Many migrants waved their nations’ flags

The Pope has repeatedly called on European states to welcome people fleeing war and poverty.

Later he became only the third pope to visit Rome’s main synagogue.

Hundreds of armed police and security personnel were deployed for the occasion.

Rome’s chief rabbi, Ricardo Di Segri, has said the visit is considered as a sign of 50 years of improving Jewish-Catholic relations. 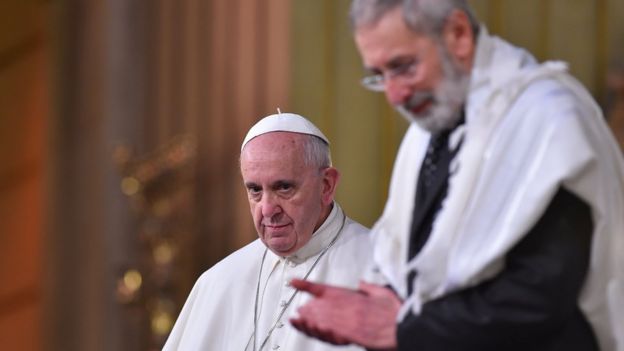 In December, the Vatican said that the Roman Catholic Church did not support efforts to convert Jews to Christianity. 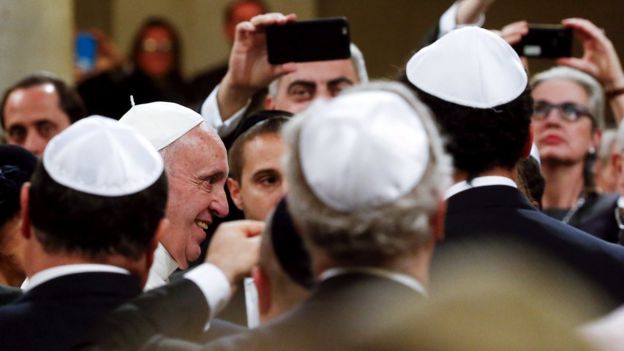 In December, the Vatican said it did not support efforts to convert Jews to Christianity

In this article:Pope Francis, Vatican