Hundreds of thousands of people in the UK have a faulty gene that can trigger a serious heart condition, scientists have found.

One in every 100 otherwise healthy people carry a mutation which puts them at risk of heart failure when the organ is under abnormal stress – such as during intensive exercise, while pregnant or through excessive drinking.

People with the titin gene mutation have a slightly enlarged heart, according to research by Imperial College London and the MRC Clinical Sciences Centre published in the journal Nature Genetics.

And some will develop a dangerous condition called dilated cardiomyopathy (DCM) – the most common cause of heart transplant – where the heart muscle becomes stretched and thin and is unable to pump blood around the body efficiently.

Professor Stuart Cook, who led the study, told The Independent it was “amazing” that so many people were walking around with a mutation that could cause their heart to fail.

“One in a hundred people will have a damaging mutation in the gene and half of these mutations would be considered seriously damaging,” he said.

“These mutations affect many tens of millions of people around the world who may be at risk of heart failure and in need of a transplant at some time in their life.

“We urgently need to find [among] those with mutations who are at greatest risk and protect them – maybe stop them from ever getting heart failure.”

DCM, which weakens the heart’s left ventricle, affects one in 250 people in the UK and can be caused by other factors such as viral infections and uncontrolled high blood pressure as well as genetics.

Lucy White, 30, was diagnosed with DCM eight years ago after her brother, an otherwise healthy 18-year-old, collapsed unexpectedly at home.

Ms White, her mother and brother, who went on to have a heart transplant, were all found to have the condition, she told The Independent.

“None of us had any idea; we hadn’t had any kind of symptoms,” she said. “It’s scary to know, because I know that could happen to me”.

Ms White, a 30-year-old marketing manager from Surrey, said she takes drugs to prevent the conditioning from worsening and has had to make other changes to her life.

“I used to run a lot. I did some marathons and a few half marathons, it was a hobby. But the doctor said I can’t do that any more; it’s too much pressure,” she said. “I was doing another marathon a few years ago, and I ended up walking it.”

“I have one of the best hospitals looking after me and I’d rather be aware of it – I’ve been on these drugs for five years and they’ve definitely helped me. Who knows what would have happened otherwise.” 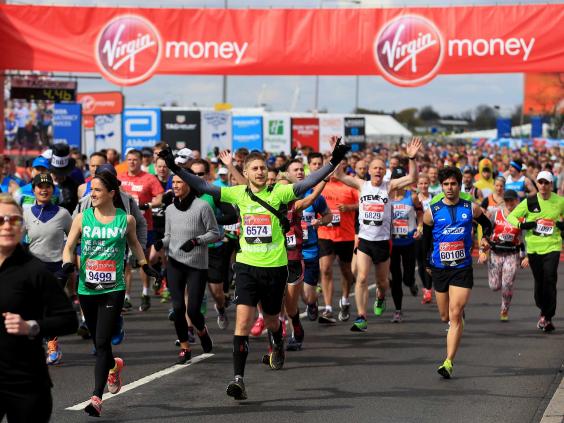 Ms White said she had recently got married and was starting to think about having children, who would have a 50-50 chance of inheriting the condition.

“The hospital have explained the risks of trying to have children. Even just the pregnancy [puts strain on my heart],” she said.

Professor Cook and his colleagues studied rats with a faulty version of the titin gene and found that although the rats appeared healthy, placing abnormal stress on the heart triggered DCM.

The researchers also looked at the genes of 1,400 healthy adult volunteers and created detailed 3D computer models using scans of their hearts at the MRC centre in London.

As expected, 15 people (about one per cent) had the titin gene mutation in the study, which was part-funded by the British Heart Foundation.

From looking at the 3D heart models, the scientists found that healthy people with the titin mutations had a slightly enlarged heart, compared with those without the mutations.

Researchers said this supported the findings in mice which suggested titin mutations, even in the absence of DCM, were having an impact on the heart, but that this starts in a very subtle way.

Professor Cook said more research was needed to allow doctors to identify which genetic factors or environmental triggers may put people with titin mutations at risk of heart failure.

“It is likely that a subset of healthy people with a mutation but without a family history of heart failure also go on to develop heart failure – but right now we don’t know how to identify those at greatest risk,” he told The Independent.

“Avoiding certain triggers (alcohol, certain diets, exposure to certain virus, not taking specific drugs) for those with mutations may be the way to go in the future but right now we don’t have the data – this is the end game.”