Other Minecraft players drop in to help build Titan City from time to time, says its creator

A student from Delaware has spent two years building a virtual world he has named Titan City in the video game Minecraft.

Titan City is constructed out of 4.5 million Minecraft building blocks and contains 96 buildings.

Duncan Parcells says it has taken him two years to build, averaging up to five hours a week on the project.

His first building was a virtual version of the World Trade Center, which took 18 months to perfect.

However the 19-year-old says Titan City is not a realistic model of New York.

“It’s inspired by New York,” he told the BBC. 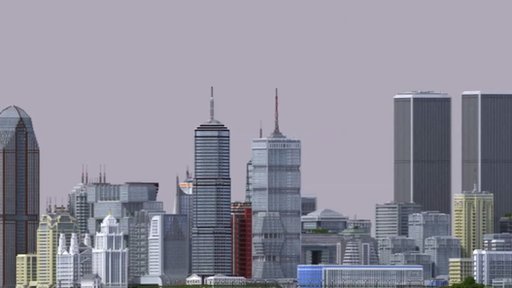 “A lot of people think it’s a recreation but it isn’t.”

He built the city using the Xbox 360 version of Minecraft but has now transferred it to the PC version which, he says, offers more construction opportunities.

Mr Parcells plans to add an airport and a sports stadium.

“I guess it’s an outlet for architecture and energy,” he said.

“A lot of people drop by and want to walk around and explore or help with the build. A lot of them help with roads.”

While Titan City has received a warm welcome online, Mr Parcells said that until now he has kept his virtual world separate from his daily life.

“I’ve kept it under wraps, it’s kind of like a second life I don’t talk about but people are starting to find out,” he said.

“My parents think it’s cool – I think they’re just glad I don’t play it too much.” 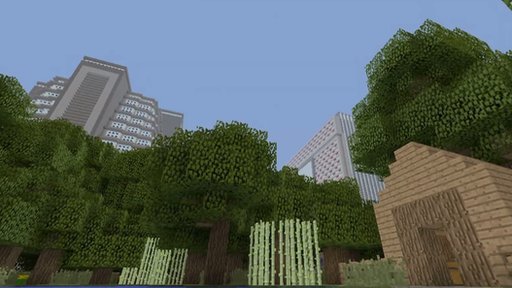 The game registered its 100 millionth user in February 2014, its inventor Markus Persson, aka Notch, announced on Twitter.

After an initial purchase of the game Minecraft is free to play but there are in-game purchases available.

The game is set in a virtual world made of cubes of different materials. Almost all of these can be used as building blocks and a few can be refined into usable raw materials (wood, iron, diamond etc).

Playing the game involves surviving by using blocks to build a shelter and turning raw materials and combinations of them into items (swords, armour, bows) to help kill the game’s many monsters.