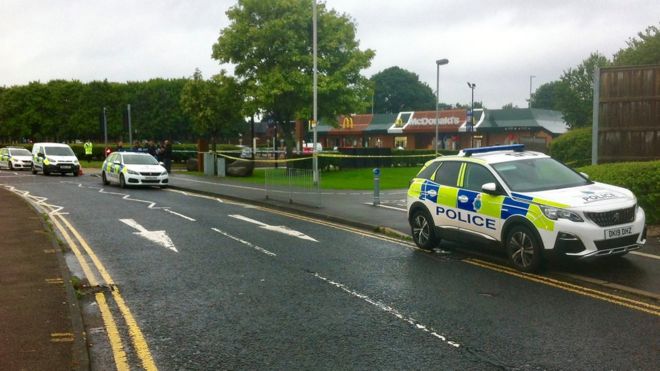 A man was shot while sitting in the front passenger seat of a car at a McDonald’s drive-thru.

The 21-year-old was taken to hospital with leg injuries after the shooting at the fast food outlet in Bromborough, Merseyside, at 17:30 BST on Thursday.

Police said the suspect was described as an Asian man, about 5ft 8in (1.7m), of medium build with a beard and said he was wearing a black-hooded jacket.

It is believed he fled in the direction of Asda, the force added.

Det Insp Paul Parry said the force was in the “early stages of our investigation”.

“I understand the alarm this incident will cause, as it happened in broad daylight in a busy area with a number of people around, but rest assured we are doing all we can to locate the person responsible,” he said.