Guernsey’s chief minister has apologised for suggesting Islamophobia among its inhabitants was behind a decision not to accept refugees.

Jonathan Le Tocq’s original comments, where he expressed fears about negativity and an unwelcoming attitude, prompted a backlash.

Mr Le Tocq said his comments had been “taken out of context”.

Guernsey was “not a xenophobic or Islamophobic community”, he said in a statement.

“I certainly did not intend to accuse our community outright of ‘xenophobia’, and I apologise to those who have, rightly, been angered by the way those comments have been presented.

“However, it would be false to say there are not some people in our community who hold those views, and who have promulgated them on social media.”

He said the rest of Guernsey’s population should try to tackle such discrimination. 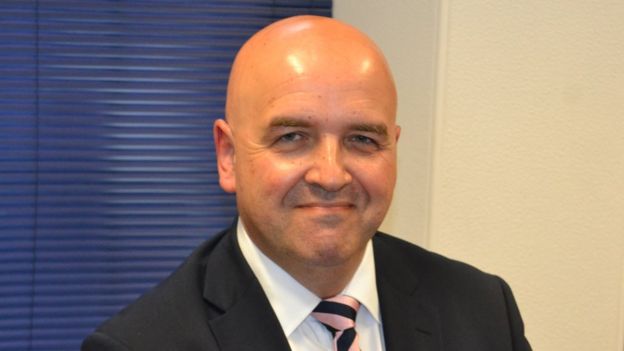 Mr Le Tocq said Guernsey’s Policy Committee had decided not to accept refugees for a wide range of reasons, relating to existing legislation, policies and resources

Some residents in Guernsey expressed their unhappiness with the chief minister.

Mel Symondson, a shop owner in the island, said she was “deeply ashamed” of Mr Le Tocq’s comments, which had made her feel “hideous”.

She said she had wanted Guernsey to accept Syrian refugees, and felt the minister had damaged the island’s international reputation.

Mr Ferbrache told the BBC “Guernsey people are no more prejudiced than anywhere else” and he was glad Mr Le Tocq had apologised.

But Deputy Peter Sherbourne said though Islamophobia was an “unwise” term to use, he shared some of Mr Le Tocq’s concerns.

He said there were some “extremely racist comments coming from people in the island” on social media, which had caused as much damage to Guernsey’s reputation as the minister’s comments.