I first suggested the idea of doing a television series about Greece quite some time ago but it became more and more relevant given the financial and refugee crises in recent years. People traditionally associate the country with ancient history, beaches and, perhaps, the smashing of dinner plates, but few of us fully recognise its geographical position. We’ve embraced it as the bedrock of European civilisation, but it’s also a place that’s very much at the crossroads of east and west, where different cultures and customs have mixed and blended over the centuries. You get a very interesting cultural experience as a result.

But the thing that surprised me the most was the variety and the exotic extremes of the country. This is a place that encompasses sunny shorelines in the south and forested mountains in the far north that look like the Canadian Rockies, a land where bears and wolves roam wild and the temperature often drops to well below freezing.

Faith is foremost in Greece. Mount Athos, a mountainous peninsula that juts out into the Aegean Sea in the north, is a great spiritual centre and has been the emotional heart of the Greek Orthodox Church since 1054. There are around 20 monasteries, many of which are more than 1,000 years old, where women are forbidden from visiting, even today. Men go there to pray, think and connect with their maker. I was left in awe.

We were only allowed to film in one monastery, Esphigmenou, which is home to around 100 rebel monks who have effectively broken away from the church and are doing their own thing. They’ve been accused of squatting, so it’s a tricky but fascinating situation. We were given a tour and saw some of the common areas where normal life goes on: the wood-chopping shed, where they brew rakia, and the chocolate factory. They might not have temptations of the flesh, but there are certainly other temptations around.

Crete is a revelation. I found the people among the most feisty and passionate Greeks I met. They’re heroic and dramatic and very charismatic. Up in the mountains I met a chap called Father Andreas, a bear of a man and the local priest. He’s also a trained bodyguard and president of the local gun club. Crete is an island obsessed with weapons. There are tens of thousands of weapons there because it was a smuggling route during the Balkan Wars and locals, on Crete at least, often whip out their handguns and fire them off in to the air at any given opportunity to celebrate. During my time in Greece I didn’t see nor hear a single plate smashed; the Greeks have clearly moved on from that and now prefer to empty a magazine of bullets into the air, which is a bit more exciting. 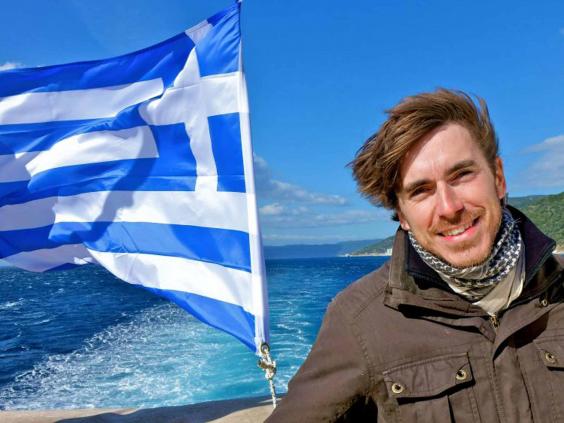 My favourite island, though, is not an obvious one. Symi is a tiny island just north of Rhodes that has one of the finest harbours in all the Mediterranean. My wife – who’s obsessed with Greece and even taught herself Greek – introduced me to it and we have been there a number of times; it’s glorious. If I had to live anywhere else aside from Britain, it would be Symi. Current problems aside, they have it pretty good: the way of life, the mentality, the passion, the food … I find it all very appealing. Our days on Symi are always very leisurely. We take water taxis to quiet beaches, eat in local tavernas and go for long walks in the hills. It’s also a good idea to move around a little bit. One of the great travel pleasures is to potter between islands on a public ferry. It’s a wonderful way to see the country.

Greece is, of course, going through a tough time but most holidaymakers won’t notice or experience the economic hardships that are affecting the country. Most of the islands are sheltered from it thanks to tourism, but you certainly feel it in the more deprived areas of the bigger towns and cities.

On the outskirts of Athens I visited a community where people live in converted shipping containers and queue for handouts of bread. The most heart-breaking thing I encountered, however, was an 83-year-old lady going through a dumpster. She had no money and her pension had been cut quite drastically. It was profoundly upsetting.

Again, as a tourist, you’re unlikely to encounter the refugee crisis that is affecting places such as Lesbos, which is receiving enormous numbers every day. It’s an incredibly complex situation and many of those arriving have been through hell.

We certainly don’t shy away from these issues in the series. It’s an aspect of the current Greek story that we couldn’t ignore and it’s important to show light and shade, the stunning views but also the reality of life. But deep down I think the future for Greece is bright. It’s going to be a big challenge and it’s not going to be helped if the brightest young Greeks head overseas, which is what’s happening at the moment. 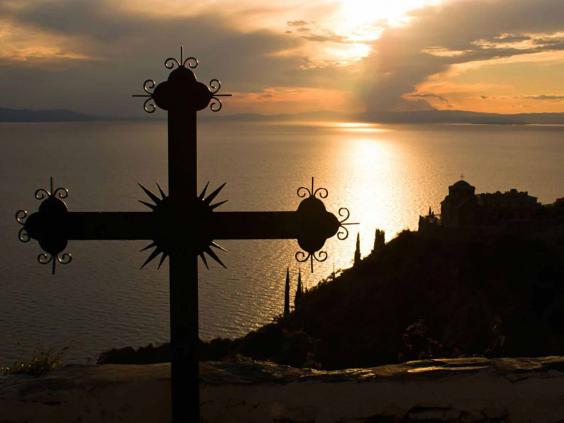 Ultimately, though, it’s going to be OK. The Greeks are survivors. You don’t go through thousands of years of history without learning a thing or two.

‘Greece with Simon Reeve’ starts on Sunday on BBC2 at 8pm (further information about Greece can be found online atvisitgreece.gr).