A 37m-high (120ft) gold-painted statue of Chairman Mao has been built in China’s countryside.

Some villagers also contributed money to the project said The People’s Daily.

The giant sits in farmland in Tongxu county, Henan Province. The province was the centre of a famine in the 1950s resulting from Mao’s policies.

Millions of people died in the famine triggered by the campaign, known as the Great Leap Forward. 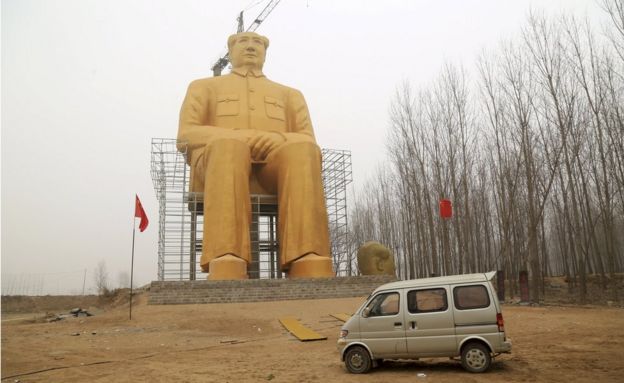 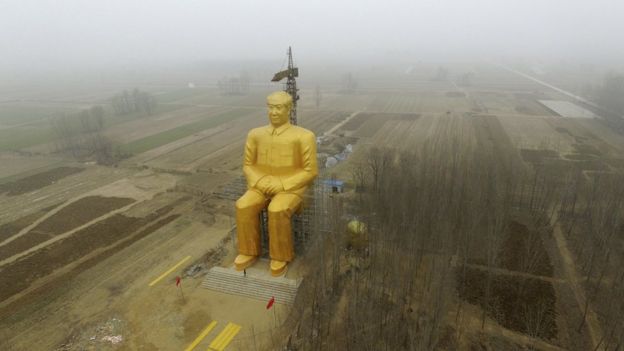 The chairman in his chair is almost complete

Some have criticised the statue online, for the perceived waste and what they see as the statue’s insensitive location. But many others have leapt to its defence.

Despite being responsible for so many deaths, Mao Zedong is revered by many in China, not least by President Xi Jinping, who praises him as a “great figure”.

President Xi has also attempted to centralise power in China’s presidency, and has used Mao’s legacy to build support, while admitting the former leader made “mistakes”. 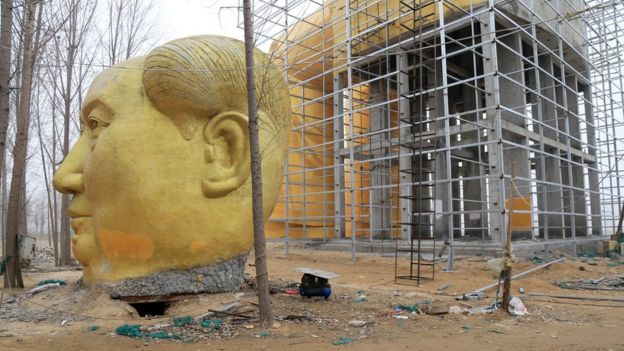 In this article:China, Giant Mao statue