Flight attendants have been revealing what they really think of their job – and their passengers.

Posted on confessional website Whisper, stewards’ stories featured rude passengers – and some who tried to flirt with them during a flight.

A confession left by one flight attendant said: “No I’m not flirting with you and no, I do not want to join the “mile high club. I’m just doing my job.” 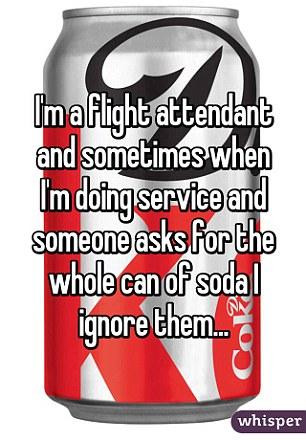 Another said: “I’m a flight attendant. I love turbulence because then I don’t have to do a beverage service.”

Those who submitted their feelings on their career also expressed fears for their own safety. One secret said: “I’m a flight attendant and sometimes I’m terrified of my own job. I pray I make it home every day.” 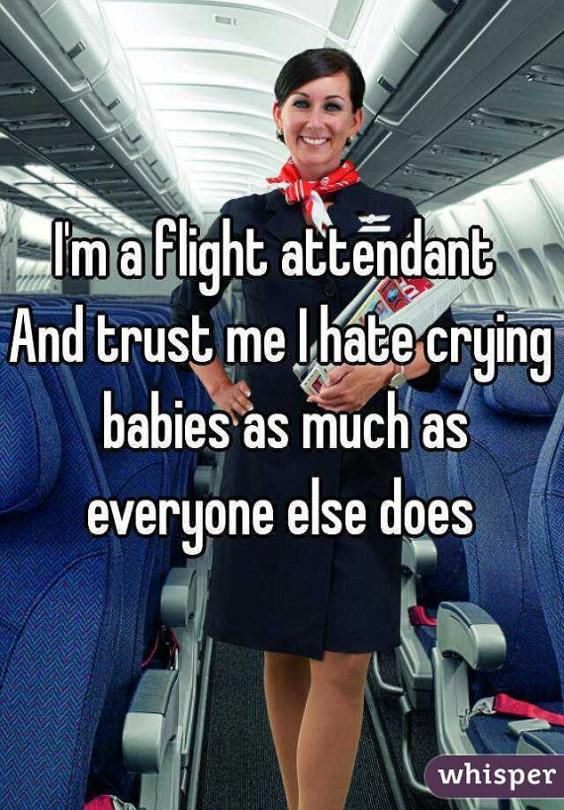 However, one user found a positive spin on a potential air disaster. “As a flight attendant I feel bad that I wish my plane would crash so I could save everyone and people would respect us more.”

Some users just wanted to describe the nature of their career, and the loneliness that comes with travelling a lot. “Being a flight attendant is so lonely,” admitted one steward. “I love my job because I love aviation, but it’s not as exciting as people think it is.” 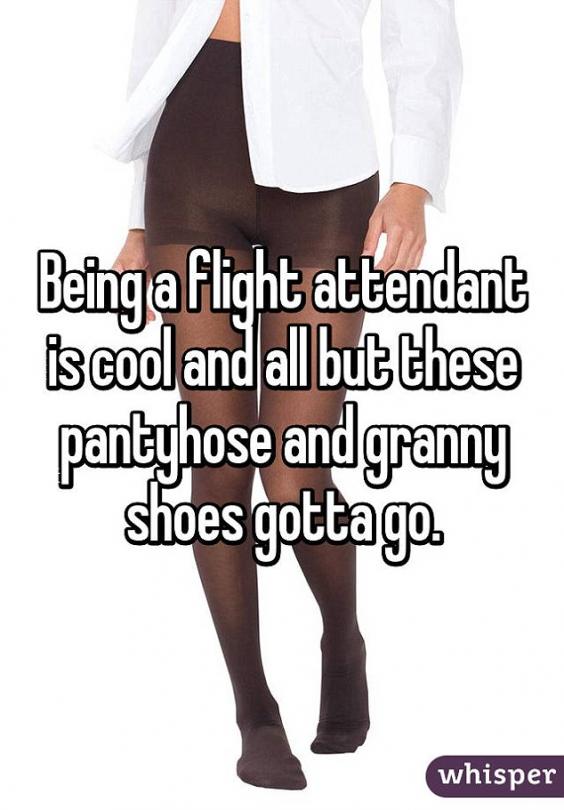 Another steward said: “The hours are so tiring. Not having a proper sleep routine makes it even worse, I’m just so exhausted.”

In this article:Flight attendants, passengers