The first children with debilitating “mystery” diseases have finally been given a diagnosis as part of a huge scheme to analyse people’s DNA.

Four-year-old Georgia Walburn-Green’s damaged eyes and kidneys and her inability to talk had baffled doctors.

She is one of the first to have her precise genetic abnormality identified through the100,000 Genomes Project.

Her parents said the day Georgia was finally diagnosed was one of the biggest of their lives.

If a child is born with Down’s syndrome or a heart defect, then families know what to expect.

Yet Georgia’s mum and dad – Amanda and Matt – had only 20 minutes of “worry-free cuddling” when Georgia was born before their “world went from totally happy to totally devastated”.

Doctors initially thought Georgia had water on the brain because of the size of her head.

She was given a tentative all-clear, but doctors knew something was wrong – they just could not identify what.

It was the start of more than four years of uncertainty for the family. 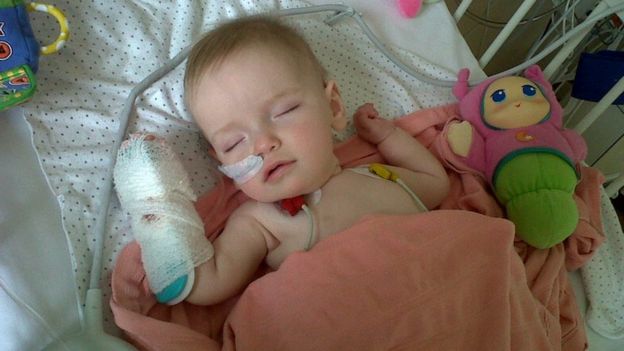 Amanda said: “That was very hard, I assumed if she was poorly, you go to hospital and it might be awful, but you’d know what’s wrong and you deal with it.

“We didn’t know if she would walk or talk or have a normal life expectancy.

“It’s been a rollercoaster of what’s going to turn up next, you’re just on this unknown journey slowly finding problems.”

Georgia’s parents say she is a happy, social, animal-loving four-year-old with a knack for “wrapping people round her little finger”. 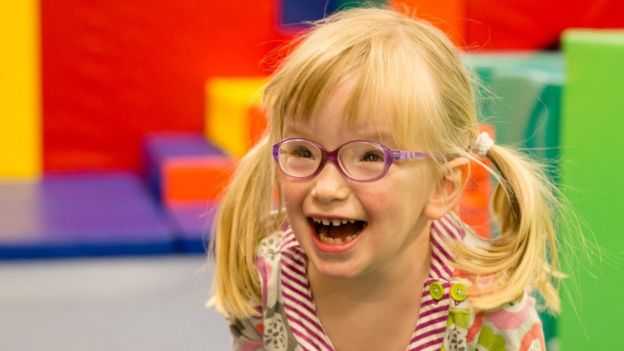 But she has not grown as quickly as other children, has lumps inside her eyes which affect her sight and kidneys that do not work properly.

“And we don’t know if she’ll ever speak, she understands us and desperately tries but can’t make the sounds she wants to,” her mum added.

Doctors suspected Georgia’s symptoms were down to errors in her DNA, which may have been inherited from her parents.

And that meant Amanda and Matt were not prepared to risk having another child.

The 100,000 Genomes Project is focused on understanding the genetics of cancer and rare diseases such as the one affecting Georgia.

Scientists at Great Ormond Street Hospital performed a giant game of spot the difference between the entire three billion base pairs which make up each of Georgia, Amanda and Matt’s DNA to find what went wrong.

Just before Christmas, doctors told them the genetic abnormality – in a gene called KDM5b – had been identified.

“That was one of the biggest days of my life, we’ve been searching for this for four years,” Amanda said.

While the knowledge will not change the way Georgia is treated today, it offers hope that there will be a therapy in the future.

And in good news for the Walburn-Green family, Georgia’s mutation arose spontaneously rather than coming from her parents – meaning they will try to add to their family.

However, some children such as Jessica are already benefitting from the 100,000 Genomes Project.

But analysing her and her parents’ DNA discovered an error causing GLUT1 Deficiency Syndrome.

She is unable to transport sugar into her brain’s cells, which is leaving it starved of energy. But a high fat – or ketogenic – diet should give the brain an alternative energy source meaning less epilepsy medication is needed. 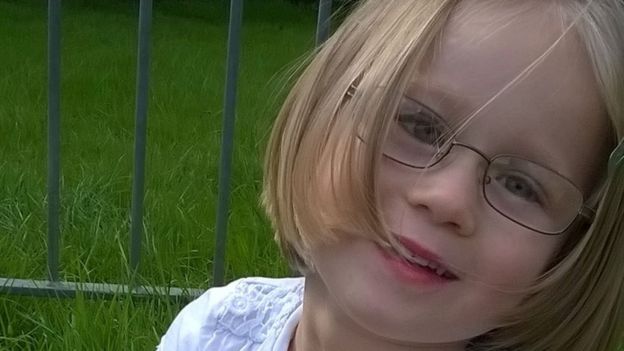 Prof Lyn Chitty, who is leading the project at Great Ormond Street, said: “It’s really exciting to see the results coming through and the difference this can make for families.

“It increases confidence in the project and shows that the application of genomics can live up to the promise of changing the way we diagnose and treat patients in the future.”

The first adults were diagnosed through the 100,000 Genomes Project in Newcastle last February.