The EU Commissioner for the Digital Economy, Guenther Oettinger, said: “There are solid grounds for us to activate the rule of law mechanism and put Warsaw under monitoring.”

In an interview with Germany’s Frankfurter Allgemeine Zeitung (FAZ) newspaper, Mr Oettinger said he would raise the Polish media law issue at a meeting of the Commission on 13 January.

Under the EU’s rule of law mechanism, adopted last year, the Commission can escalate pressure on a member state to amend any measure that is considered a “systemic threat” to fundamental EU values.

In the last resort, a state’s voting rights in the EU Council – where government ministers shape EU policy – can be suspended. The Commission is the EU’s top regulator, enforcing EU treaties.

On Saturday the directors of four channels of TVP – Poland’s public service television – resigned in protest at the new law. 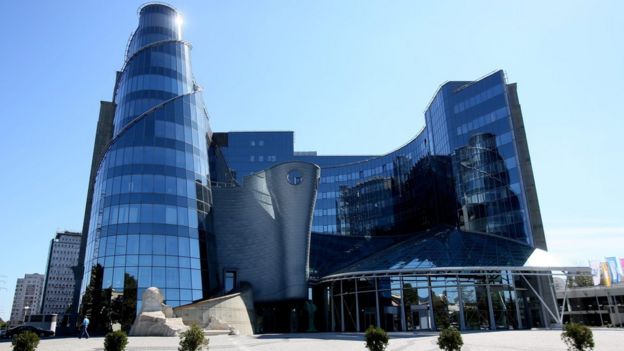 The media law has not yet taken effect – but President Andrzej Duda, an ally of the ruling Law and Justice Party (PiS), is expected to approve it this week.

Media watchdogs in Europe have voiced alarm about the media shake-up. It will put TVP and Polish Radio – which have a huge audience – under the control of a new national media council close to the ruling PiS.

Current media regulators will be replaced, and the treasury minister will exert direct control over the public channels’ managers.

The public broadcasters will be re-designated as “national cultural institutes”.

The PiS says new managers are needed at the top of state institutions because the previous centre-right Civic Platform party allowed corruption to flourish.

Comparisons have been made with Hungary, whose conservative Fidesz government also clashed with the EU Commission over human rights.

Public Polish Radio reaches just over half of the population, with more than 200 radio stations.

A new law requires the 15-strong court to reach a two-thirds majority with at least 13 members present, in order to pass most of its rulings. The PiS also appointed five judges to the court.

Critics say the changes will undermine democratic checks and balances.