Germany has been sending an increasing number of migrants back to Austria every day since the beginning of the month, Austrian police say.

Many had no valid documents, whilst others did not want to apply for asylum in Germany but in other countries, notably in Scandinavia, police said.

Most of those sent back to Austria are not Syrians, who usually get asylum.

Instead, they are migrants mostly from Afghanistan as well as Morocco and Algeria, Austrian police said.

“The daily number of migrants being turned back has risen from 60 in December to 200 since the start of the year,” David Furtner, police spokesman in Upper Austria state, told AFP news agency.

Last week, Sweden, a favoured destination for many of the migrants, sought to stem the flow by imposing controls on travellers from Denmark. 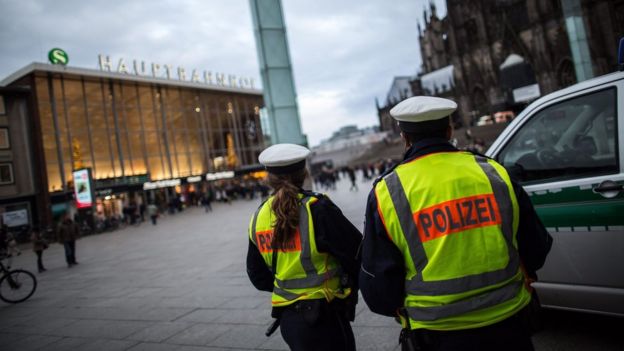 Earlier, an official report said the men suspected of attacking women in central Cologne on New Year’s Eve were “almost exclusively” from a migration background, mainly North African and Arab.

Nineteen individuals are currently under investigation by the state police in connection with the attacks, NRW’s interior ministry says in a report (in German), none of them German nationals.

Those 19 suspects include 14 men from Morocco and Algeria. Ten of the suspects are asylum seekers, nine of whom arrived in Germany after September 2015.

The other nine are possibly in Germany illegally, the interior ministry says.

Cologne police also made “serious mistakes” in not calling in reinforcements and the way they informed the public.

The scale of the assaults on women in Cologne and other German cities has shocked Germany.

Apparent retaliatory attacks in Cologne on Sunday were condemned by the government as inexcusable.

Around 1.1 million asylum seekers arrived in Germany in 2015.

In this article:Germany, migrant crisis, migrants