Jose Manuel Barroso: “Without the EU Britain will have less influence”

The UK would have “zero” influence if it voted to leave the EU, the outgoing president of the European Commission has said.

Jose Manuel Barroso said Britain could not negotiate with the US and China “on an equal footing” on its own.

He also said free movement of people within the EU was an “essential” principle that could not be changed.

Conservative Party chairman Grant Shapps said Mr Barroso was “out of touch” and an “unelected bureaucrat”.

Mr Barroso was asked about Prime Minister David Cameron’s stated intention to negotiate a better deal for the UK in Europe, ahead of an in/out referendum.

The prime minister has said he will “not take no for an answer” and “get what Britain needs” on the question of freedom of movement.

If the Conservatives remain in power, a referendum would be held by 2017, Mr Cameron has said.

Speaking on the BBC’s Andrew Marr Show, Mr Barroso, whose term of office ends this month, said he believed Mr Cameron wanted Britain to remain in the EU.

“Britain is stronger in the European Union,” Mr Barroso said, pointing to the Ebola crisis as an area where Britain would not have the same level of influence if it was outside the EU.

“David Cameron wrote to all of us about Ebola… What would be the influence of a prime minister of Britain if it was not part of the European Union?

“His influence would be zero.”

Mr Cameron has said he wants to curb migration within the EU and last week pledged to have “one last go” at renegotiating the rules for Britain.

The Conservatives lost the recent Clacton by-election to the UK Independence Party, which wants the UK to leave the EU. 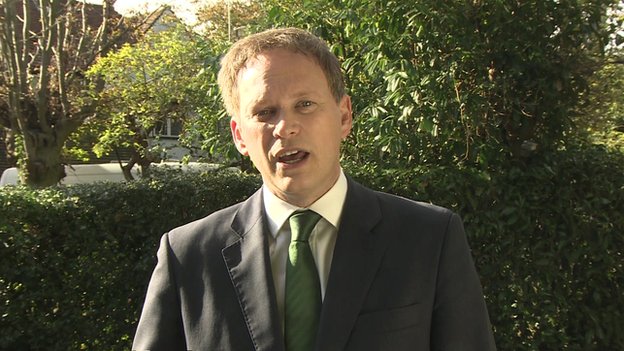 Mr Barroso would not comment on a report in the Sunday Times that the government could limit the number of national insurance numbers given to low-skilled immigrants.

But he said that while the EU was willing to discuss benefit fraud and sham marriages, an “arbitrary cap” on migration would “not be in conformity with European rules”.

He said Mr Cameron had previously asked him to enforce the free movement principle between Spain and Gibraltar.

Mr Barroso said 1.4 million Britons lived elsewhere in the EU and it was a “matter of fairness” that other EU citizens had the same rights.

He also criticised comments by Foreign Secretary Philip Hammond last week that Britain was “lighting a fire under the European Union” with the proposed referendum.

“It is very important to have a positive tone regarding these issues between Britain and the EU.”

BBC political correspondent Matt Cole said this was a “bit of a slap-down” for Mr Hammond although Jean-Claude Juncker would shortly be taking over as commission president.

Mr Shapps said Mr Barroso had “dismissed” the UK, adding: “If he can dismiss us… then every other country in the EU ought to look out because apparently no country means anything to him.”

Speaking on the BBC’s Sunday Politics, Conservative chairman Grant Shapps said “a whole bunch of things” needed to change in the EU, of which immigration control was “one of the important ones”. 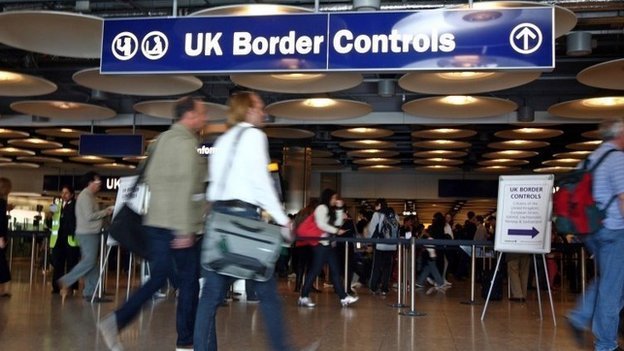 The government wants to get net migration below 100,000 a year

He said: “[Mr] Barroso is only the latest person from Europe to tell us we will never get what we want.”

Mr Shapps said “there are lots of impossible things that we have negotiated” including a cut to the EU budget.

UKIP leader Nigel Farage said there was no way of limiting European migration while the UK remained an EU member.

“Do not take Mr Barroso’s comments on their own,” he said. “Everyone in Brussels… says the same thing.

“We are committed by treaty – we have been since 1973 – to total free movement of peoples within the European Union.

The level of net migration stands at more than twice the government’s target of 100,000 a year.

International Development Secretary Justine Greening told Sky’s Murnaghan programme: “Free movement of labour was never meant to be an unqualified principle, irrespective of how it might have worked on the ground.

“We do need to see action taken in relation to negotiation with the EU.”

She said the government was “taking a fundamental look at some of the rules that allow unrestricted immigration”.

Eurosceptic Conservative MP John Redwood said he understood work had been going on “for some time” to come up with ways to limit migration from the EU.

But the BBC’s Mark Mardell said a senior Brussels source had told him Mr Cameron’s plan was “complete nonsense legally and economically”.

Mats Persson, director of Open Europe, a think tank that calls for EU reform, said free movement was “the most basic principle perhaps of European Union membership, so you are effectively saying to the EU ‘we want to renegotiate one of your founding principles’”.