“People will always come first” in the battle to defend the UK against flooding, the Environment Agency’s chief executive has said.

“If we have to choose between people and wildlife, we will always, of course, choose people,” Sir James Bevan told BBC Radio 4’s Today programme.

The agency had enough money to tackle the problem and would dredge rivers “where it makes sense”, he said.

Many areas of the UK have suffered flooding after weeks of heavy rain.

There are still dozens of flood warnings and alerts in place across England, Walesand Scotland.

Amber warnings for rain, meaning the public should “be prepared”, have been issued for parts of eastern Scotland for Saturday to Monday, meaning outbreaks of rain are expected.

The Met Office has also issued yellow “be aware” warnings for parts of Northern Ireland, south Wales and south-west England for the weekend.

What have we done to make the flooding worse?

Parts of northern England and north-east and central Scotland have been among the worst affected so far, with hundreds of people forced to leave their homes over Christmas and thousands left without power.

In the past week, more than 7,300 homes were flooded across the north of England as river levels reached record highs. 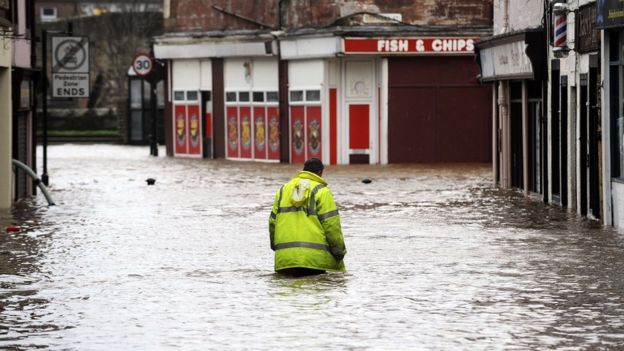 Hundreds were evacuated from their homes in Scotland on Wednesday

There has been criticism from some quarters that existing flood defences failed to protect communities, with some also arguing that the protection of farmland has been prioritised over towns and cities downstream.

It has also been suggested that measures including river straightening and embanking, and the destruction of upland habitats contributed to making flooding worse.

The authorities needed to think about how to respond to extreme weather events, but the solution was not simply to “build flood defences higher”, Sir James told the BBC.

“Partly it will mean thinking much more broadly about how we manage river catchments, so that water doesn’t come straight down from the sky and straight into the rivers, so that we can slow the flow,” he said.

“It’s not just about better protection for people from floods – although that is a key part of it – it’s about helping people and communities be more resilient when flooding actually happens.”

In the last two years the Environment Agency has spent about £20m on dredging rivers.

This would remain part of flood defence strategy. “Where it does make a difference we will do that,” Sir James said.

Sir James denied there was a conflict of interest in the agency’s dual obligation to protect both people and wildlife, saying it was “absolutely committed to the protection of lives and property as the top priority, and that’s not going to change”.

The larger pumps were based in Somerset and designed for use in the Somerset Levels, he said, adding that he would have been “rightly criticised” if he had decided to move them. 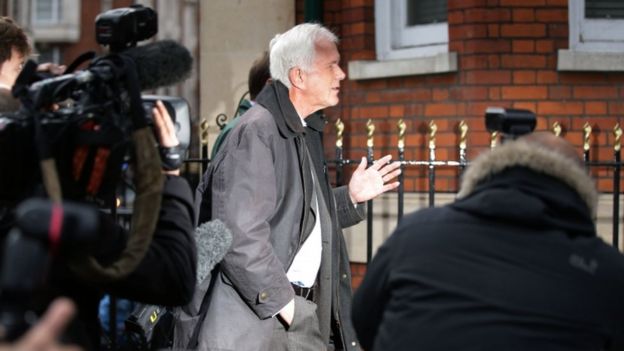 He also rebuffed criticism that the Environment Agency avoided telling journalists that its chairman Sir Philip Dilley was in Barbados over Christmas at the time of some of the worst flooding.

Sir James said: “We have been honest and transparent and straightforward.

“He was at home with his family, who are from Barbados. He visited Cumbria on 14 December and came back on 30 December and went straight up to the north. I think that was the right thing to do.

“The important thing is that the person who is in charge of leading the Environment Agency response to this floods crisis is me – I’ve been doing that with my team.

“Sir Philip’s job is to hold me to account. He’s been doing that.”

In this article:Environment Agency, flooding