A 15-year-old boy has died of Ebola in Liberia less than three months after the country was declared free of the virus, officials have told the BBC.

He tested positive last week and died late on Monday at a treatment centre near the capital, Monrovia, Francis Kateh, the chief medical officer, said.

His father and brother are being treated for Ebola at the centre.

The World Health Organization (WHO) has twice declared Liberia to be Ebola-free, once in May and again in September.

The teenage boy’s mother and two other siblings have also been admitted to the treatment centre to be monitored, health ministry spokesman Sorbor George said.

He told the BBC that eight healthcare workers “who are at high risk because they came in direct contact with the boy” were also under surveillance.

The BBC’s Jonathan Paye-Layleh in Monrovia says nearly 160 people are now being monitored since the new cases were confirmed last week.

Civil society groups have also stepped up a campaign to get volunteers to be vaccinated against the disease in a joint US-Liberia Ebola trial, our reporter says.

On Monday, Liberia said the US had agreed to send two experts to the country to help investigate the sequence of the outbreaks. 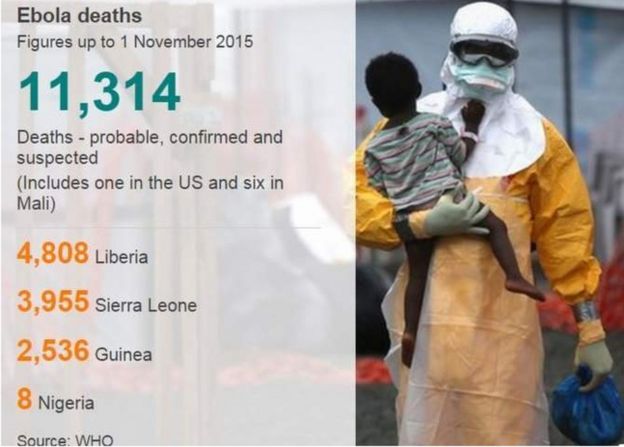 Liberia recorded its first Ebola case in March last year and analysts believe the latest cases are a serious set-back for the country.

Sierra Leone was declared free of Ebola on 7 November.

More than 11,000 people have died of the disease since December 2013, the vast majority of them in Liberia, Guinea and Sierra Leone.

In this article:Ebola crisis, Liberia