Croatia’s ruling centre-left coalition faces a challenge to stay in power, with the migrant crisis one of the main issues facing voters on Sunday.

Polls before the election indicate the government and the conservative opposition are neck-and-neck.

Both coalitions promise different approaches on how to handle the arrival of more refugees and migrants.

Croatia has become a transit hub for migrants, many from Syria, Afghanistan and Iraq, who want to travel north.

Croatian Interior Minister Ranko Ostojic said this week that 320,000 migrants had passed through the country so far this year. 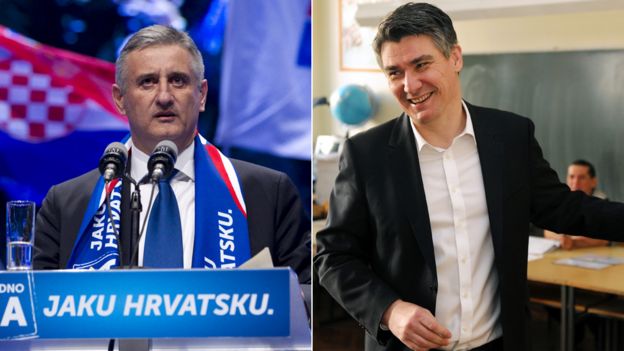 Numbers increased when Hungary shut its border with Serbia, forcing more people to seek an alternative route north through Croatia.

The BBC’s Guy De Launey in Zagreb says Prime Minister Zoran Milanovic and his Social Democrats (SDP) have won approval for their compassionate handling of the refugee crisis.

But the leader of the opposition HDZ party, Tomislav Karamarko, has suggested using troops and fences to reduce the number of arrivals.

As well as the migrant crisis, Croatia’s next government will be faced with a weak economy:

Neither of the two main parties is expected to gain a majority in the 151-seat parliament, meaning a coalition is likely to be necessary.

The election is Croatia’s first since it joined the EU in 2013.

In this article:Croatia, Croatia election