Police in Cologne have said that 22 incidents of sexual assault occurred in the city on the first night of the traditional Carnival street party.

They have 190 people in custody and officials have described them as “a cross section of the general public”.

Security has been beefed up in the city, after many women suffered sexual assaults and robberies there on New Year’s Eve.

Germany was shocked by the New Year assaults, largely blamed on migrants.

More than 100 women were victims, but the full scale of events on that night only emerged later. 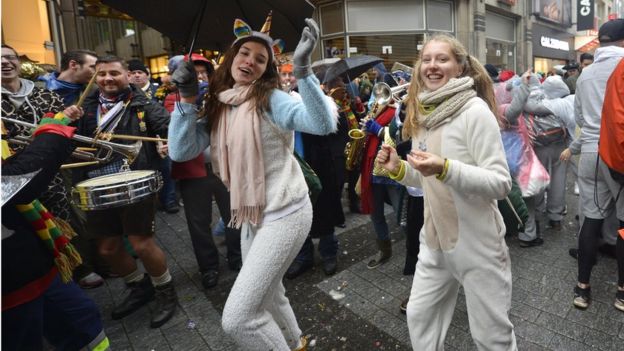 Many women are taking part in celebrations, but there has been a lower turnout than in previous years

Police said the number of sex attacks on the first night of Carnival was higher than at last year’s event.

A suspect was in custody after a woman was attacked and raped while on her way home, they added.

The city in western Germany has deployed 2,500 police officers for the week-long event, which usually draws 1.5 million visitors.

Turnout is said to be lower than usual despite the extra security, which some officials have attributed to rainy weather.

Enhanced security measures include the use of “body cams” which can film suspects during incidents and are being trialled by German police. 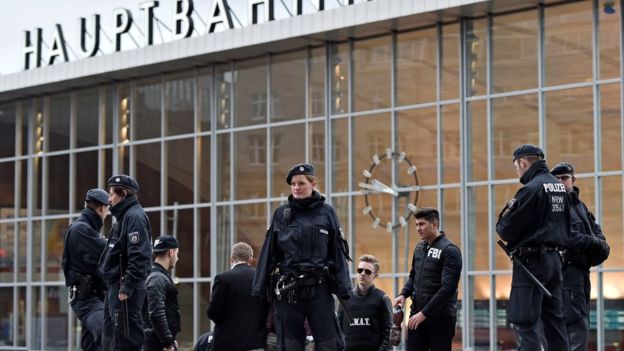 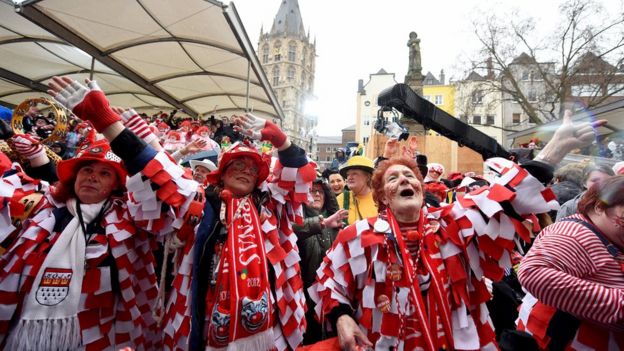 The New Year unrest in the city fuelled German unease about a huge influx of asylum seekers. Authorities spoke of a new type of crime, in which gangs of drunken men – described as North African – targeted women

Migration to Germany from outside the EU soared to a record 1.1 million last year, with Chancellor Angela Merkel criticised for having welcomed so many asylum seekers.

Cologne resident Miriam was attacked as she and a friend made their way home on New Year’s Eve.

She said she was going to the Carnival celebrations “but with really mixed feelings”.

“I’m wondering if something like that could happen again.” 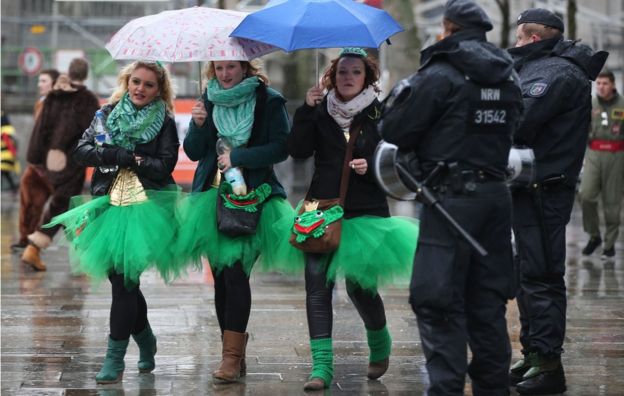 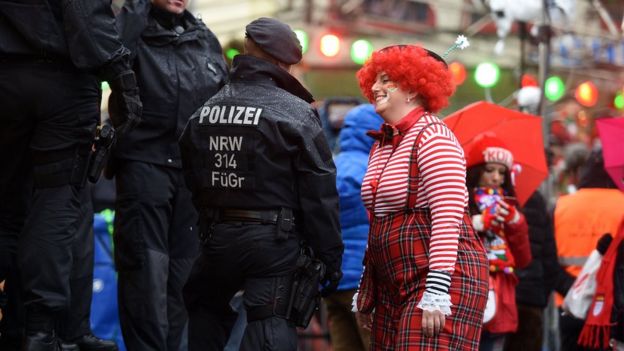 About 2,500 police officers have been deployed and safe areas created as part of the security measures