A 26-year-old Algerian asylum seeker has become the first suspect to be arrested over alleged sexual offences in Cologne on New Year’s Eve.

The man, who has not been named, was detained at a refugee shelter in the town of Kerpen over the weekend, prosecutors say.

He was being held on suspicion of groping a woman and stealing her phone.

Cologne police are now investigating 21 people over the attacks – almost all for non-sexual offences.

Eight are in detention awaiting trial, public prosecutor Ulrich Bremer said. Most are accused of theft.

Refugees protest against Cologne attacks by handing out tulips 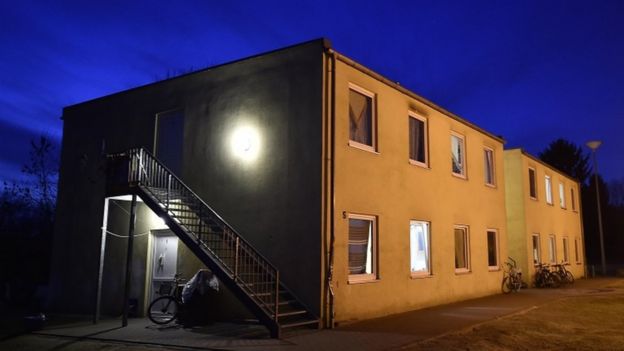 The number of alleged crimes stands at 766, including three rapes.

The Cologne authorities and federal government have come under intense pressure to adopt a tougher approach towards migration, after it emerged that many North Africans had systematically targeted women on New Year’s Eve.

In December, Germany saw a rise in the number of asylum seekers from Algeria and Morocco. The German Interior Ministry said the combined figure for both countries went from less than 1,000 in June, but to nearly 2,300 in December.

However, most asylum claims from Algerians and Moroccans are rejected.

The attacks in Cologne and other German cities on New Year’s Eve sparked mass outcry and increased anxiety over Chancellor Angela Merkel’s policies to welcome refugees.

The issue has caused divisions in Mrs Merkel’s CDU party. On Monday, two leading CDU figures – Volker Kauder and Julia Kloeckner- hit out at 40 colleagues who signed a letter warning that refugee numbers could put “excessive demands” on Germany, and calling for the strict enforcement of immigration laws.

Meanwhile a German town that banned male asylum seekers from a public swimming pool over complaints of harassment said it would allow them access again from Wednesday.

In a statement, town officials said the move was not a result of media pressure but instead followed “intensive discussions with refugees on how they should treat women with respect”.