Officials said 98 homes had been razed in Wye River and 18 at Separation Creek. No injuries are reported.

Hundreds of firefighters have been battling the blaze along the famous Great Ocean Road in Victoria’s south-west, popular with holidaymakers.

A change to cooler weather and rain has greatly reduced the threat, but some emergency warnings remain in place.

Some 1,600 residents and tourists from the popular tourist spot of Lorne were evacuated on Friday amid fears that a wind change would push the fire towards the town, but were allowed to return on Saturday.

Many of those forced to leave their homes had to spend Christmas night in hastily-arranged shelters. 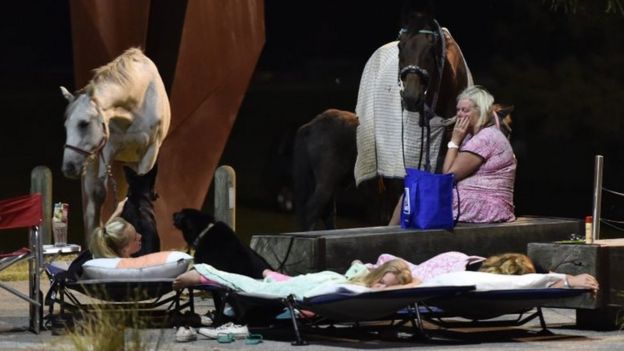 More than 500 firefighters, 60 tankers and 18 aircraft have been involved in fighting the flames.

Victoria Emergency Management Commissioner Craig Lapsley said they were “working around the clock to bring this fire under control”.

He warned that although the immediate threat had eased, the fire had the “potential to burn” for weeks to come.

Thousands of tourists typically descend on the area in the days after Christmas to visit coastal towns.

But many residents and holidaymakers were forced to flee, as festivities were abandoned when the scale of the threat became apparent.

“They (residents) were all prepared, putting their barbecues on, they were cooking away, and all of a sudden they could see the smoke coming over the hill,” local resident Patrick Carey said. 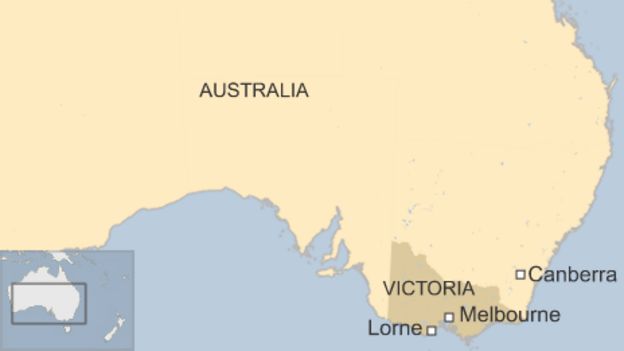 Anyone still planning to travel to the area is being asked to check emergency warnings and to avoid the Great Ocean Road if possible.

The Falls Music and Arts Festival, which is held annually near Lorne, may not go ahead because of the fires, its organisers said.

The fire began with a lightning strike on 19 December and has been fanned by strong winds and intense heat in recent days, burning across 2,200 hectares (5,437 acres) so far.

Victoria is one of the most fire-prone regions in the world.

Many bushfires are started by lightning strikes, while others are sparked accidentally by campers or discarded cigarettes.

Some are the work of arsonists.

In 2009, more than 170 people died in Victoria during Australia’s worst ever bushfire disaster.