Rene Angelil, the husband and former manager of Celine Dion, has died aged 73, the singer has announced.

Mr Angelil, who Dion married in 1994 and with whom she has three children, died at home in Las Vegas from cancer.

Dion took two career breaks to look after Mr Angelil after he was diagnosed with throat cancer, first in 2000.

Mr Angelil was born in Montreal in 1942. After managing groups in Canada, he was approached to manage Dion by her parents when she was aged 12.

Last year, Dion told USA Today she was preparing for her husband’s death.

“When it hits me, it’s going to hit me,” she told the newspaper in August 2015. “But my biggest job is to tell my husband, we’re fine. I’ll take care of our kids. You’ll watch us from another spot.” 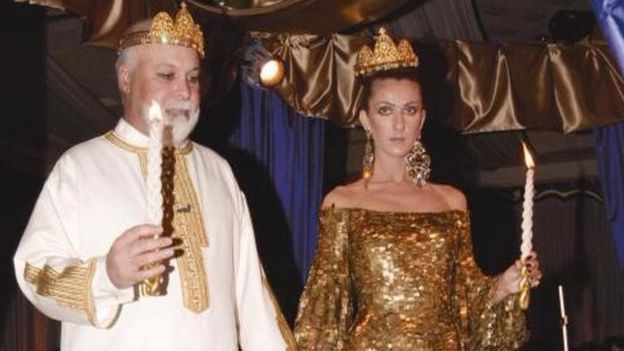 The Montreal Gazette says he mortgaged his house to finance her first album.

She has recorded 25 studio albums, and is the fifth-best-paid recording artist in the world, with a value of some $630m (£437m).

In 1999, her song My Heart Will Go On, from the soundtrack of the film Titanic, won two Grammy awards.

She has been a regular performer at The Colosseum at Caesars Palace in Las Vegas since 2003.

She returned to performing last year after a year-long hiatus to look after Mr Angelil. He stepped down as her manager in 2014.