Winter storms have led to a spike in the number of turtles washed up in the British Isles.

Sixteen warm-water turtles were found on shorelines in December – the highest number for that month since 2008, according to Marine Environmental Monitoring and Cork Nature Network.

Some, such as endangered Kemp’s Ridley turtles, come from as far away as the Gulf of Mexico.

Experts believe storms Desmond, Eva and Frank have led to the increase. 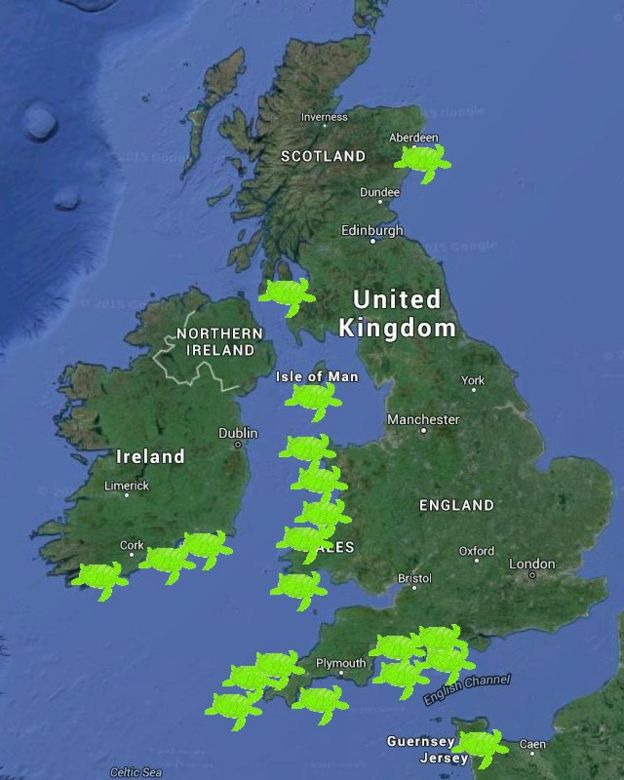 Turtles are carried across the Atlantic by the Gulf Stream, but winter storms “have been tough on them” said the Marine Conservation Society (MCS).

“You probably had a group of turtles feeding on jellyfish and then Storm Desmond blew them into our chilly waters. 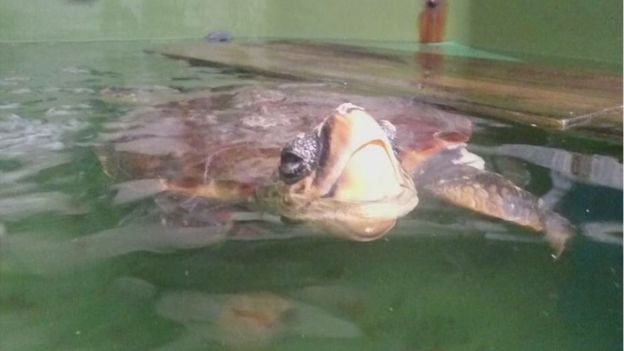 If turtles are found alive, they are usually hypothermic and starved “so they are in a really bad condition when they wash up”, he said.

And he predicted many more would be found over the winter if Britain was hit by another run of storms.

There have been four turtles found so far this year, including a small young loggerhead found at Gwithian in Cornwall on 6 January. 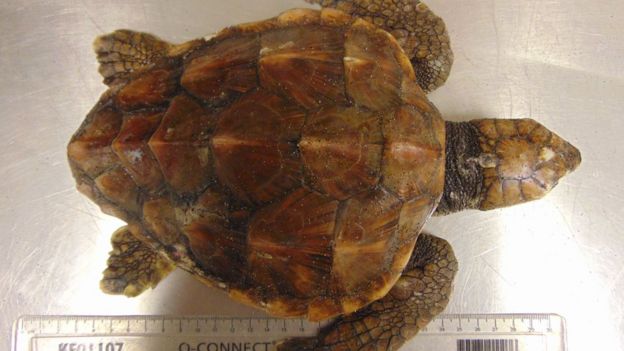 It has been in a special quarantine unit at the Blue Reef Aquarium in Newquay, where staff have been working around the clock to save its life.

General manager Steve Matchett said: “He’s still going, which is a bit of a surprise for us all because he was so weak.

“We are warming him up slowly and he is taking on larger amounts of fluid.

“If he continues to gain strength we will start feeding him squid through a tube.

“What we don’t know is if there is any long-term internal damage such as organ failure, so it’s pretty touch and go.” 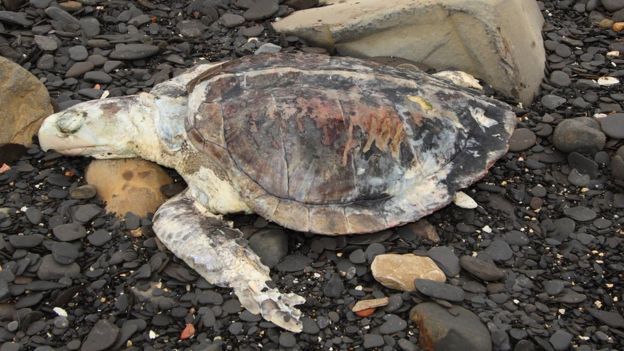 On 23 December a live loggerhead turtle found near Worth Matravers in Dorset had to be put to sleep because of its injuries.

Since then, three critically-endangered Kemp’s Ridley Turtles have been found dead by beach walkers at West Bay, West Bexington and Kimmeridge.

If someone finds a stranded turtle, they are advised to contact wildlife experts on alist published by the MCS as soon as possible.

In this article:British Isles, Turtles