A man’s body has been discovered in north Wales after a woman and two children were found dead at a house in Leeds.

The woman was found downstairs, while the bodies of the children were found upstairs at the home in Allerton Bywater just before noon.

Officers found the man shortly after 17:00 GMT on cliffs in the vicinity of South Stack, on Anglesey, police said.

West Yorkshire Police said it believed the finds were linked.

No formal identification had taken place, he said, and he could not confirm if a vehicle had been recovered.

Coastguards and the RNLI were assisting police with the operation being conducted on behalf of West Yorkshire Police, he said. 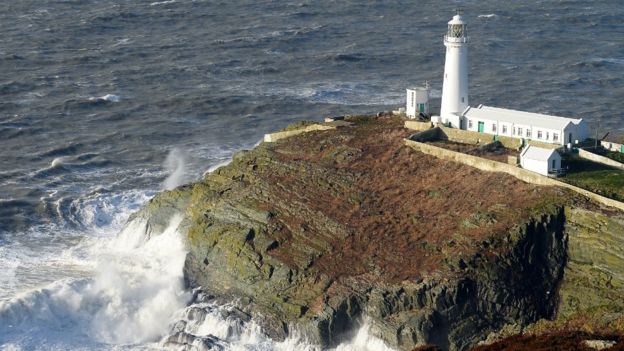 The man’s body was found on a cliff ledge at South Stack, police said

The beauty spot is a rocky island, famous for its lighthouse and seabirds that roost in its 120ft (36m) high cliffs.

Det Ch Insp Warren Stevenson of West Yorkshire Police said the deaths of the woman and children were being treated as murder.

Post mortem examinations would take place to establish the causes of the deaths, he said. 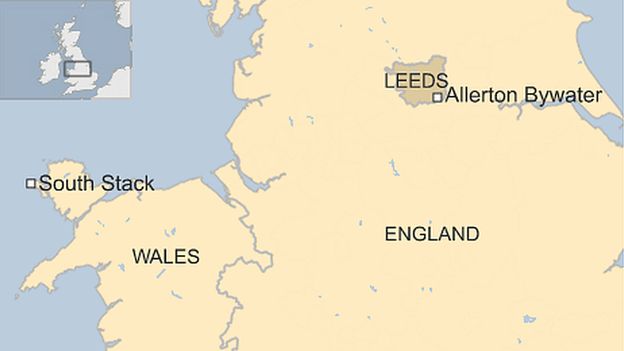 South Stack is about 180 miles away from Allerton Bywater

The identity of the victims has not been released.

Sean Firth, 44, lives opposite the modern town house in Beeston Way where the bodies were found.

He said: “I only really knew them through passing in the street and playing in the park with my daughter. 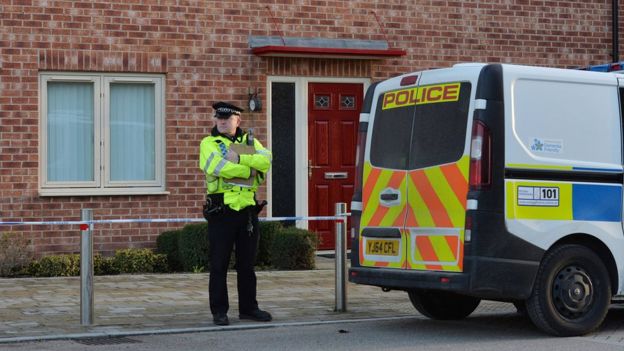 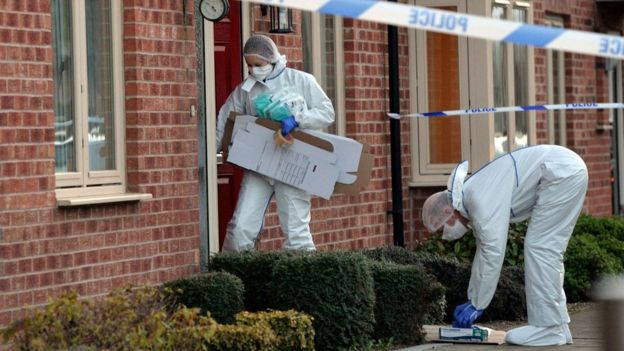 “They were nice and friendly, as far as I can make out. My daughter was devastated when she came home from school.”

Another neighbour, Wesley Rice, 38, said he had met the family at Halloween when he was out with his own children.

“We knocked on the door and the lady came out and gave the kids sweets. She seemed very nice.”

“This kind of thing just doesn’t happen. To have something like this happen so close to home is shocking,” he said.

Jessica Everitt, 25, said: “It’s really nice to live round here. You get break-ins and stuff but nothing like this, it’s usually just kids messing about, nothing bad.

“It’s usually really quiet and all the kids play out.”