Fans have faced more frustration as they tried to buy tickets for Adele’s first tour in four years.

Online customers experienced long queues, and several told the BBC they had entered payment information only to be kicked out and returned to the ticket selection page.

But there was no repeat of the issues that plagued an earlier pre-sale, where fans saw other people’s details.

The star’s tour kicks off in Belfast next February.

She has just announced two extra dates in Birmingham and Manchester, and a further four at the O2 in London, to cope with demand.

Those tickets will go on sale next Monday. 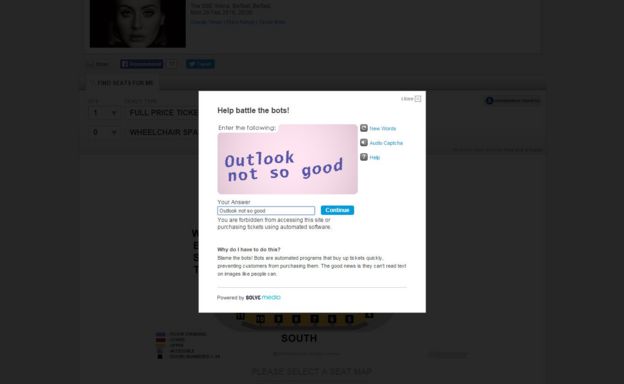 “Three times I have got through to select tickets and three times kicked back to the waiting room!” tweeted Amy Clarke.

“This just happened to me too! Picked my tickets then got kicked back to the home page!” added Jo Porteous.

The issue affected customers on several sites – including Ticketmaster, Eventim and AXS – but not everyone was disappointed.

Other fans complained that tickets had appeared on re-selling websites before they were able to complete a purchase from the official retailers.

The BBC has seen tickets selling for up to £3,000 on sites like GetMeIn and Viagogo – 30 times the face value.

This is despite Adele’s website saying “resale of tickets will not be tolerated”. It remains to be seen how this will be policed. 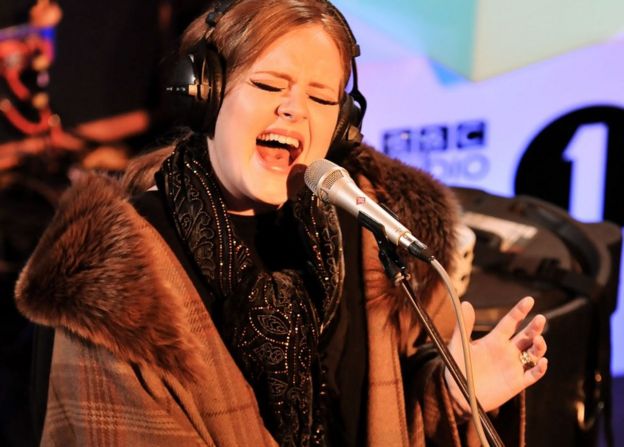 About 60% of the tickets for the singer’s tour were sold on Friday, after several pre-sales for fans and priority customers.

Tuesday’s offer was beset by problems, with several fans telling the BBC they were shown the address and credit card details of other customers.

Ticketing company Songkick said due to the “extreme load” on the site some customers could see others’ account details and apologised for any “alarm”.

However, it added: “At no time was anyone able to access another person’s password, nor their payment or credit card details (which are not retained by Songkick).”

The site also said it had worked with Adele’s management to keep a lid on ticket resale, by screening customers to eliminate known and suspected touts,

“We were carefully monitoring all of the registrations to try and spot anything suspicious,” Adele’s manager, Jonathan Dickins told Music Business Worldwide.

“This is a show for fans who’ve waited years for Adele to perform,” he added. “Everyone working on it just wants the best outcome for those fans.”

Songkick told the BBC it had eliminated “18,000 known and suspected touts” limiting the number of advance sale on secondary websites to less than 2 per cent.

“This is an over 50% decrease in the number of tickets generally found on secondary ticketing sites for similar events,” it said.

“The big problem here is legislation,” said Dickins. “Until a law is passed in the UK that outlaws ticket resale profiteering you cannot stop it completely.”