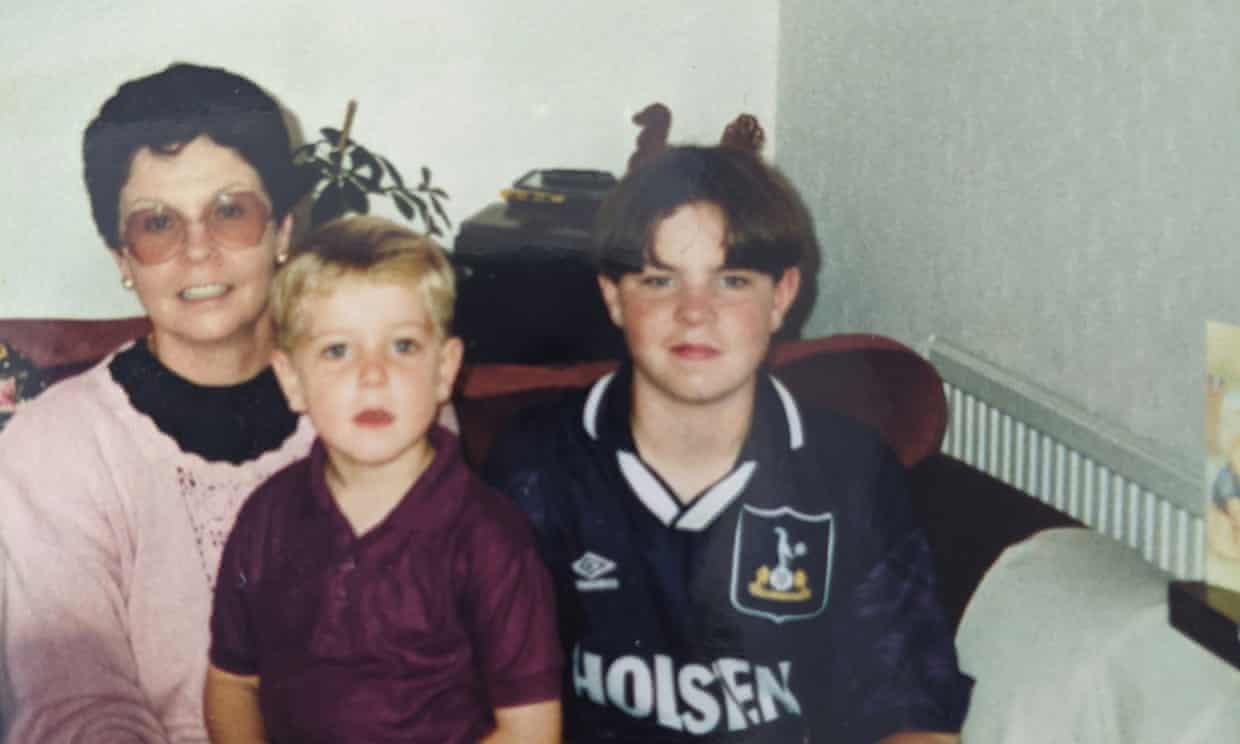 It was in Stansted airport’s Pink Elephant car park that I realised all the adults were going home. It was early January 2007 and we had just returned from Mum’s funeral in Derry. I watched as uncles and aunts ambled over to their cars, and there the three of us were left: me, 25, my girlfriend, Jade, 26, and my little brother, Declan, who had just turned 16. I was now his legal guardian.

This moment shouldn’t have been a surprise. Mum had been ill, on and off, for eight years and, in her last 12 months, had made plans for what would happen if she didn’t make it. It was a no-brainer when she asked: “What about Declan?” “I’ll look after him,” I instantly replied.

At the wake and the funeral, I had laid it out to anyone who asked (everyone asked): “We’re going to move into Mum’s house for three years, get Declan through his GCSEs and A-levels, then he can go to university if he wants and we’ll go back to London.”

Jade and I both worked in the music industry, Jade with a management company and me as a music journalist. We had just bought our first flat, in Stoke Newington, east London, and we did as we pleased. We were young and having fun.

Standing in that car park, the ramifications began to rush through my head. This was it: we were actually going to move into Mum’s house, in a quiet cul-de-sac on the outskirts of Chelmsford, Essex. We would become commuters and do whatever it was people did when they had a 16-year-old child to look after. The carefree times were over.

There were nine years between me and Declan, but we were close and we always made each other laugh. Our dads were out of the picture: mine left when I was six months old; Declan’s before he was born. Our lovely mum could choose them. Declan was a naughty kid, but in a lovable, Dennis the Menace kind of way. Once, Mum rang to say that he was being ferried up to us for a few days because he had got overexcited and thrown a water balloon at a teacher.

The next few weeks were bleak. It was a strange feeling living in Mum’s home, a nice semi-detached house with lots of Daniel O’Donnell CDs and ornamental ducks, with no Mum. The commute felt like a daily slog, while Declan was shocked that he now had to do his own washing. He never went hungry, though – we would call him “Two-Dinners Declan” because one of his friends’ mums would invariably bring him round a dinner after school, then he would eat again with us.

At the beginning of February, Jade and I were in our London flat, getting it ready to rent out, when she said: “We need to talk.” I assumed she was about to split up with me, which I thought was fair enough – this was hardly what she had signed up for. Instead, she told me I was making bad decisions and that us moving to Chelmsford for three years wasn’t going to work. This is what we were going to do, she said: get Declan through his GCSEs in Chelmsford, sell Mum’s house and buy a place for the three of us in London. He could do his A-levels there and then we could still have some sort of a life, too.

It remains the most superhuman thing I’ve ever seen – having the bravery to cut through the grief of someone you love. I nervously ran it by Declan the next day as we were on our way to watch Spurs get trounced by Man Utd, and he was into it. We had a new plan.

Over the next few months, the gloom lifted. Spring arrived, and the three of us started to feel less like something was missing and more like a tight family of our own. Declan got through his GCSEs and we hosted a party for him and his mates. Often, we would just sit around the dinner table and laugh, sometimes taking the hilarity to new levels by trying on mum’s cancer wigs. I guess you had to be there.

We hired a skip and began a big clear out, the neighbours watching with concern as me and Declan Frisbee-ed ceramic plates into it. In August 2007, we moved. Jade had gone up in the removals van and it was just me and Declan as we left Mum’s house for the final time. “Do you want to look around and say goodbye?” I asked. A moment passed before he replied: “Nah. Can we go to KFC though?”

When Mum was ill, she said to me: “I’m not worried about you – you’ve got Jade. I just want to stay alive long enough to see Declan through school and maybe to university.” We managed to do that: after two years at Stoke Newington school, Declan did his A-levels and went to university in Manchester. He ended up opening a cafe and, after it closed during lockdown, retrained as a teacher. Jade and I now live in our own cul-de-sac in Essex, and Declan and his partner are about to move in around the corner.

I have a go-to saying when something goes wrong that infuriates both Jade and colleagues alike for its casual vagueness: “We’ll work it out.” I’m pretty sure it’s an attitude that comes from this period. I stood there in that car park feeling as if the world was ending, but I learned that, whatever happens, the world spins on. You have to do your best to keep up. I think we did that. Mum would be happy that everything turned out all right.