It has been six years since Top Boy (Netflix) was last on our screens. Like Black Mirror, it enjoyed cult success for two series when it originally aired on Channel 4, before having to be rescued by Netflix – in this instance with the help of Drake, who was enough of a fan to push for its return and has executive-produced its new incarnation. They will all be hoping for a Black Mirror-style afterlife. They may well get it.

So many shows churn out the same old, same old. Take a police drama, hospital drama, family drama, set it in the bustling city or in a quaint but grim bit of the country, and you’ve got 60% of what’s on television at any given time. That Top Boy still retains the shock of the new in 2019 is an indictment of the state of commissioning, but this also works in its favour. It feels bracingly different to almost every other TV drama around, and it continues to carve its own path. 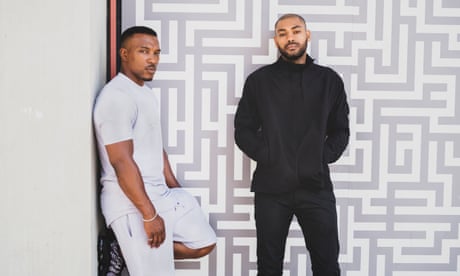 As with its predecessors, the action is set in the heart of the drug-based gang wars of east London. But our original protagonists, the friends-turned-rivals Dushane and Sully, are far from the streets they used to run. Dushane (Ashley Walters) is in Jamaica (one of the only signs of the show’s glossy new overlords), lying low, struggling to live a civilian life while his ego keeps reminding him of the status he once commanded. Sully, played with heartbreaking bluster and fragility by Kane “Kano” Robinson, is in prison, trying to keep his nose clean ahead of his imminent release. They both have to find their ways back to the city, while navigating various catastrophic roads to get there. (If TV has taught us anything about prison, it’s that when the camera focuses on a kettle boiling, it’s rarely because someone has offered to make a cuppa.)

Netflix released four of the new episodes to critics – there are 10 in total – and Top Boy seems to have lost none of its leanness. Without Dushane and Sully, life in London has moved on. There are still recognisable faces around, but a new generation of criminals are more than happy to step into the shoes that have been left vacant. Jamie (Michael Ward) is a sweet kid who takes care of his two younger brothers following the deaths of their parents. He is also a violent and ruthless gangster. Top Boy trusts the intelligence of its viewers, and allows them to hold both things to be true. As a de facto parent, Jamie provides the heart of the show; it makes it all the more shocking to see the cutthroat world he inhabits outside the home.

And the violence is unremitting. There are plenty of guns, knives and baseball bats. There is a melee on the streets that is chaotic, confusing and strangely matter-of-fact: it is hard to work out at first, in the metaphorical cloud of dust, who has been injured and for what reason; when the two rival gangs find themselves in the same A&E, chaos erupts again. It is both pointed and mindless, adolescent and deadly serious. I don’t remember Top Boy being subtle before, but again and again it resists the obvious bombast in favour of subtlety, and its quieter emotional moments – a grieving father, a garden memorial, a dream of going to see Arsenal play – linger long after the battles are over.

For all of Top Boy’s gloom and heavy portent – during almost every scene, you wonder what terrible fate will befall the character in it – there are moments of dry humour. Dushane tries to buy coffee and is appalled to find that it is £3.50, that he’ll have to wait for it to be meticulously brewed, and that people queue out the door for it on weekends. Crime, too, has changed since he left. The Turks are the new Albanians, controlling the drugs supply, until the younger, hungrier gangs grab at a brutal solution to a pricing problem. The fractious atmosphere of British society is always lurking in the background. County lines drug-dealing takes familiar characters to Ramsgate, against a backdrop of asylum seekers being abused and exploited on all sides. In London, immigration officials are cracking down using paperwork, fear-mongering and bureaucracy.

It is not a flattering portrait of our times, but as a TV drama, it is up there with the best – tense, gripping and relentless. By the end of the first four episodes, the characters have been manoeuvred into place. The war, Top Boy tells us, is about to begin.