An Israeli air strike has killed a senior commander of the militant group Palestinian Islamic Jihad in Gaza.

Baha Abu al-Ata died along with his wife when a missile hit their home, the group said. Four of their children and a neighbour were reportedly injured.

Israel’s prime minister said Abu al-Ata was a “ticking bomb” who was planning to carry out attacks on the country.

At least 150 rockets have been fired at Israel from Gaza since the killing, which PIJ has vowed to avenge.

Seventeen Israelis have been lightly wounded in rocket attacks across the south, according to the Barzilai Medical Center in the city of Ashkelon.

Medics said an eight-year-old girl was also in a serious condition after collapsing as her family rushed towards a bomb shelter when an air raid siren sounded in Holon, south of Tel Aviv.

Around the same time as the attack on Abu al-Ata, two people were killed and 10 injured in an Israeli air strike on the home of another Palestinian Islamic Jihad leader in the Syrian capital, Damascus, Syria’s state news agency Sana said.

Sana cited a military source as saying the PIJ leader, Akram al-Ajouri, was not harmed, but that his son was among the dead. Israel’s military did not comment.

PIJ, which is backed by Iran, has its headquarters in Damascus and is one of the strongest militant groups in Gaza.

What happened in Gaza?

An Israeli warplane fired a missile at a residential building in the eastern Shejaiya area of Gaza before dawn on Tuesday, causing an explosion that could be heard from kilometres away. The missile hit the third floor, killing Abu al-Ata and his wife.

A PIJ statement confirming Abu al-Ata’s death said he was its commander in Gaza’s northern region and that he was undertaking “a heroic jihadist action”.

Israeli Prime Minister Benjamin Netanyahu called Abu al-Ata an “arch-terrorist” and said he was “the main instigator of terrorism from the Gaza Strip”.

“He initiated, planned and carried out many terrorist attacks. He fired hundreds of rockets at communities in the area adjacent to the Gaza Strip, whose suffering we have seen,” he told a news conference in Tel Aviv. “He was in the midst of planning additional attacks in the immediate short term. He was a ticking bomb.”

The Chief of Staff of the Israel Defense Forces (IDF), Lt Gen Aviv Kochavi, said Abu al-Ata had undermined recent efforts to broker a ceasefire between Israel and the militant group Hamas, which runs Gaza and is considered a rival to PIJ. 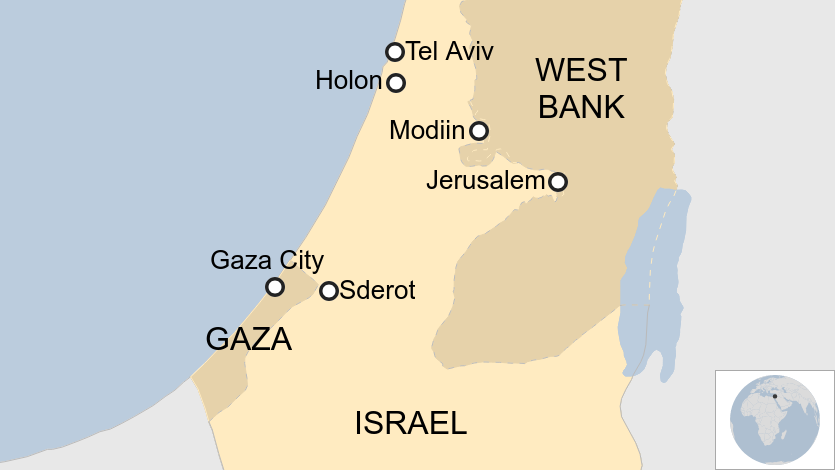 Mr Netanyahu warned there could be a protracted period of tension with militants in Gaza.

“Israel is not interested in escalation, but will do everything necessary to defend ourselves,” he said. “And I say in advance: This could take time. Patience and composure are required.”

Baha Abu al-Ata came to prominence in Gaza this year, commanding fighters of Islamic Jihad’s al-Quds Brigade in the north and east of the strip.

But he acted increasingly outside of the control of the dominant militant faction Hamas, ordering rocket attacks seemingly without approval after Israeli soldiers shot and injured dozens of Palestinians during regular protests at the perimeter fence earlier this month.

A Palestinian TV presenter even warned on-air recently that his actions might see the Israelis trying to kill him.

A serious escalation in hostilities is now likely, despite Israel’s efforts to signal to Hamas that it has not returned to a wider strategy of so-called targeted killings.

How have Palestinian militants responded?

At Abu al-Ata’s funeral, senior PIJ official Khaled al-Batsh said Israel had “executed two coordinated attacks – in Syria and in Gaza – in a declaration of war”.

PIJ vowed that its retaliation would “rock the Zionist entity”.